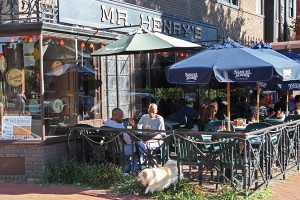 Capitol Hill bar Mr. Henry’s (601 Pennsylvania Ave. SE) might be one of the most beloved historic bars in the country.

At least, that’s what the National Trust for Historic Preservation said when it selected the bar to compete against 32 bars across the U.S. in its “Big Tap” tournament. “Big Tap” is an annual online competition that pits bars across the country against one another in a test of popularity and neighborhood support.

Mr. Henry’s fans can visit the National Trust for Historic Preservation website to vote for the neighborhood bar. The winner of the competition will be announced in the first week of April.