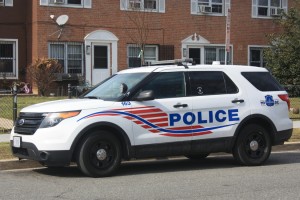 (Updated at 5:05 p.m.) Police are on the lookout for three people that may have helped shoot and injure someone in Hill East around 2:46 p.m. today.

The shooting victim arrived at a local hospital and reported the crime there later in the afternoon, said D.C. Police spokesman Hugh Carew.

Though police said the victim of the shooting originally told them the crime occurred between the 500 and 700 blocks of 14th Street SE, authorities added in an email this afternoon that “further investigation has revealed that the location given by the victim may not be accurate.”

1D Units received a call regarding a shooting that possibly occurred in the area of the Potomac Avenue Metro Station. Further investigation has revealed that the location given by the victim may not be accurate. [First District] Detectives are currently investigating the incidents that led up to the shooting in order to obtain consistency from the victim.

Anyone with additional information regarding this incident please contact First District Detectives or the Command Information Center on 202-727-9099.