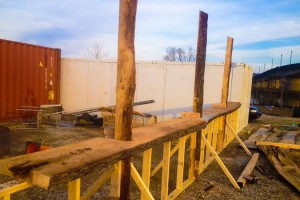 It looks like Bardo won’t open its location in Navy Yard any time soon after all.

D.C.’s alcohol regulators have denied the beer garden’s application for a liquor license, as first reported by local blog Barred in DC.

Last fall, Bardo owner Bill Stewart applied for a liquor license for a scaled-down version of the “BeerDisneyLand” he intends to create for Bardo Riverfront.

Stewart originally submitted an application to the Alcoholic Beverage Regulation Administration in March 2015 for a beer garden that would hold a maximum of 2,000 people. However, that application was rescinded due to concerns about unruly crowds, noise levels and security concerns.

He since has said he will cap the maximum total occupancy for the beer garden at 750 people and has made other changes to address concerns from community leaders and police. But it appears as though that was not enough for the Alcoholic Beverage Control board.

In its decision, the board said:

While Bardo has presented a modified Application, the Board is not convinced that this new business plan alleviates the problems previously identified at this site. Specifically, the Board is still not convinced that an open air tavern has the capability to prevent unreasonable noise disturbances; that the neighborhood has a sufficient amount of parking; that Bardo can coexist or be included in the neighborhood’s official traffic plan; that encouraging stadium attendees to cross Potomac Avenue, S.E., is safe; and that Bardo can exist without delaying or interfering with people and vehicles attempting to the leave Nationals Park after games or other events. Consequently, Board finds itself compelled to once again deny an application at this location.

Bardo responded to the news in a tweet earlier today.

news– ABRA board rejected the Riverfront license application. So we have to modify and reapply. So that means- no river party this summer