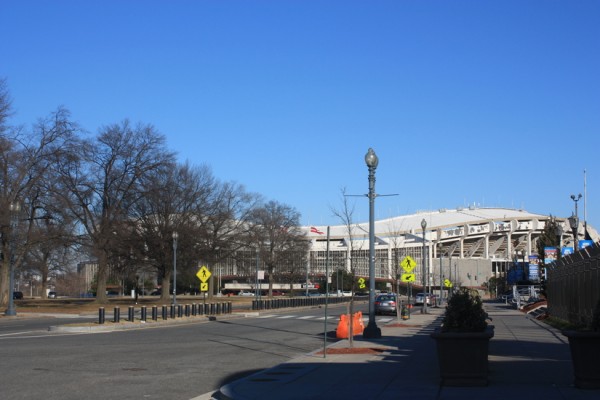 The RFK Stadium campus could have recreational spaces and multiple “anchor facilities,” the District’s events authority announced today ahead of a meeting to reveal plans for the area’s redevelopment.

Events DC is slated to release “preliminary concepts” for the RFK grounds during a community gathering next month, according to a news release from the organization, which oversees the stadium, the D.C. Armory and the surrounding land.

The proposals include “anchor facilities, recreational spaces and connectivity across the 190 acre site, creating a sense of place for the Campus that resonates with the surrounding community and across the District,” the news release adds.

The announcement didn’t say whether a National Football League stadium was one of the proposed anchor facilities.

Locals have blasted talk of the Redskins returning to the RFK campus and have pushed for more green space within the property in the future. Last year, some residents also launched an online petition that called on the D.C. government to “focus on District-wide priorities, not football.”

Pete Kirschner, an Events DC spokesman, declined to elaborate on the proposed designs ahead of the meeting.

The unveiling of the plans is scheduled for Monday, April 4, from 6:30 to 8:30 p.m. at the Walter E. Washington Convention Center (801 Mount Vernon Place NW).