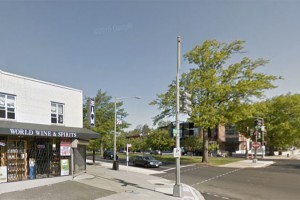 A man robbed someone at gunpoint in Hill East this morning, police said.

The armed robbery happened near 15th Street and Pennsylvania Avenue SE about 8 a.m. The intersection is about a block southeast of the Potomac Avenue Metro station.

The victim was in the area when a man approached, flashed a handgun and said he wanted to take something from the individual, according to authorities. The victim soon after handed over what the man sought.

The man then fled.

Police have arrested 24-year-old Adam Jackson in connection with the robbery, according to authorities. Information on his lawyer wasn’t immediately available.