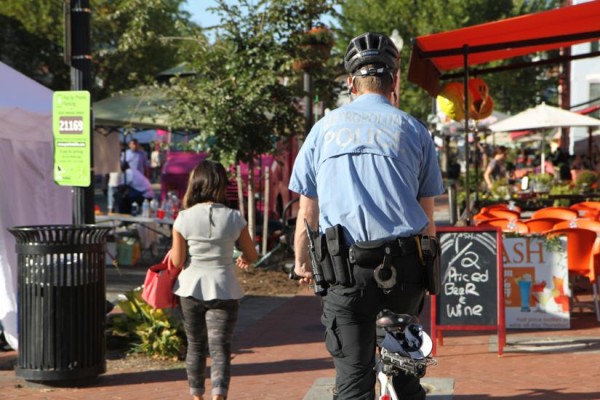 (Updated at 12:20 p.m.) Mountain bike officers in the Capitol Hill area are getting kudos from their boss after arrests they made this month.

Bike cops helped apprehend 20-year old Trevonta Deon Barnes of Suitland, Md., on March 17 and a boy on March 11 in connection with crimes committed in the Metropolitan Police Department’s First District, which includes most of the Capitol Hill area, according to authorities.

“The advantages of the Metropolitan Police Department’s (MPD) bike patrols are vast,” First District Commander Robert Contee said in a statement released yesterday. “They make almost no noise, so perpetrators of crime have less time to react to their presence. Bike officers remain an important asset to the MPD team by patrolling communities quickly and safely.”

Barnes was charged with unlawful possession of a firearm and unlawful entry of a vehicle on the 700 block of 13th Street SE in Hill East, police said. Lawyer Kenneth Auerbach, who is representing Barnes, declined to comment.

The boy was charged in a robbery on 200 block of N Street SW.