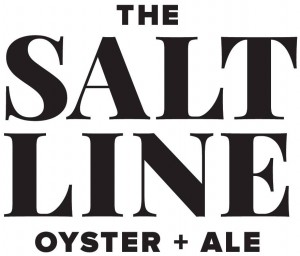 New England seafood dishes will star at a new restaurant coming to Navy Yard in 2017.

The Salt Line, a New England-inspired restaurant by the management group behind Sixth Engine, Town Hall and The Dubliner will open at 79 Potomac Ave. SE in Spring, 2017, according to a press release.

The planned restaurant’s menu from Chef Kyle Bailey will include “interpretations on the regional fare” like seafood sausages, smoked and cured fish and a variety of crudo alongside cocktails and beer, according to the press release.

Long Shot Hospitality, the management group behind Sixth Engine, Town Hall and The Dubliner, is pleased to announce plans to open The Salt Line in Spring 2017. The waterfront restaurant, located at Dock79 (79 Potomac Avenue, S.E.) in the revitalized Capitol Riverfront Neighborhood, will feature a New England-inspired menu in a casual and relaxed 3,500 square-foot space with ample outdoor dining and an outdoor riverfront bar.

Seafood – not to mention a prominently featured raw bar – will be at the heart of Chef Kyle Bailey’s culinary program at The Salt Line. The menu will offer a selection of straightforward New England classics, along with Bailey’s own interpretations on the regional fare, and a few Chesapeake Bay-influenced specials. Chef Kyle Bailey’s affinity for whole-animal butchery and charcuterie will translate nicely to his plans for The Salt Line, which will include items such as seafood sausages, smoked and cured fish, and a variety of crudo. Bailey also plans to work with local oyster farms to create a proprietary oyster for the restaurant.

The Salt Line will also showcase a regional craft beer selection and a creative cocktail program that will be the centerpieces for the outdoor bar located along the riverfront. The Salt Line plans to serve dinner daily and weekend brunch upon opening.

The name of the restaurant pays homage to the delicate nature of DC’s waterways, referring to the point in an estuary in which the water salinity transitions from salt to fresh water. To keep updated on The Salt Line’s opening developments, follow the handle @TheSaltLine on Twitter and Instagram.

“The Capitol Riverfront continues to transform and the addition of The Salt Line at Dock79’s riverfront location is ideal,” said Fred Rothmeijer of MRP Realty. “Long Shot Hospitality has a good understanding of how to create a fresh concept that underscores the unique citing on the Anacostia.”

Dock79 is the first of four phases that will eventually deliver 1.2M square feet of mixed-use waterfront density to the larger site, including a 305-unit apartment building, 19,000 square feet of ground floor retail, a public plaza, water promenade, and a variety of temporary recreational uses. Dock79 broke ground in December 2014 and is scheduled to deliver in Summer 2016.