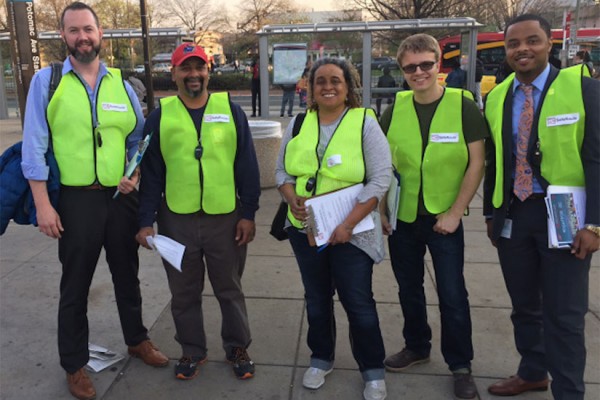 A group committed to preventing crime in the District is on the lookout for locals who can keep an eye out for criminal activity in Hill East.

The DC Safety Network is hoping to find dozens of people who can commit to standing watch near the Potomac Avenue Metro station one to two hours per month as part of its “DC SafeRoutes Program.”

The safety campaign, which launched last month, isn’t viable unless it has at least 40 locals who can participate, acting DC Safety Network co-chairman Richard Lukas wrote in an email to residents today.

“During the past 2 weeks we heard from many concerned neighbors that this program instilled greater confidence to walk about their community,” he wrote. “While this pilot program concludes this week, we have learned many valuable lessons. This exercise allowed us to measure the community’s support for it, to hear how people feel about their neighborhood’s public safety, and to learn what it takes to sustain such an initiative.”

more stories
Previous
Budweiser Clydesdales to Hang Out in Navy Yard, Southwest
Next
What to Expect for the Capitol Hill Area This Weekend