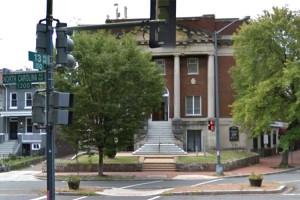 The victim was in the area when the two men approached her, according to authorities. One of the men flashed a handgun and ordered the woman to hand over some of her belongings.

The woman then gave the men her cellphone and wallet. The men fled soon after.

Anyone with information about the above case is asked to call the police at 202-727-9099. Additionally, anonymous information may be submitted to the department’s TEXT TIP LINE by text message 50411.