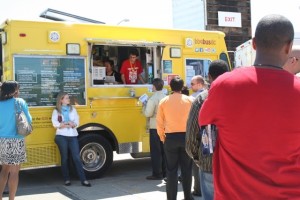 Food trucks will roll into Navy Yard next week to kick off another year of Truckeroo.

The food truck festival is slated to return to the Fairgrounds at Half and M streets SE next Friday, April 15, according to an event listing. The festival will have more than 20 food trucks, drinks, live music and games from 11 a.m. to 11 p.m. that day. Admission is free.

The festival, which began in 2011, will feature D.C. Slices, Goodies Custard, Red Hook Lobster Pound, Surfside and Urban Poutine, among other food trucks during its inaugural event.

The full list of food trucks is as follows: