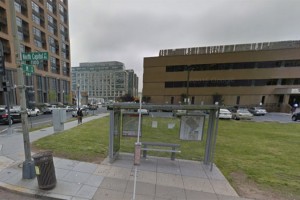 A man with a gun stole a car from someone in NoMa early this morning, police said.

The armed carjacking happened on the unit block of M Street NE about 1 a.m. The area is about a block west of the NoMa-Gallaudet University Metro station.

The car’s driver and a passenger were in the vehicle when a man approached, according to authorities. The man then flashed a handgun outside the driver’s window.

The driver and the passenger left the car soon after, and the armed man drove away with it.

Police described the suspect as a: