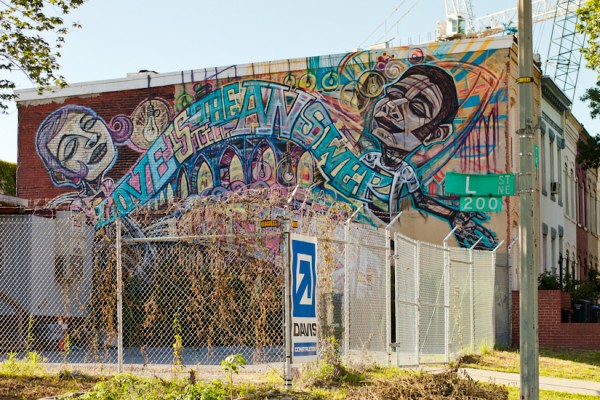 Artist-Activist Discusses Work at New Fridge Show — Artist and activist Gregg Deal, who is a Native American, was at The Fridge on Barracks Row this weekend to discuss his new exhibition, “There Is No Plan B.” His work explores the identity of indigenous people in Western culture. [Capitol Hill Corner]

Artists Group Opens Pop-Up Installation at Union Market — Artists with No Kings Collective have brought to Union Market a pop-up exhibition, called “The Beasts of England,” which is based on author George Orwell’s “Animal Farm.” [Frozen Tropics]

Southwest Doesn’t Get Fireworks Show — A fireworks show that was slated to come to the Southwest waterfront on Saturday as part of the National Cherry Blossom Festival was cancelled. [Hill Now]