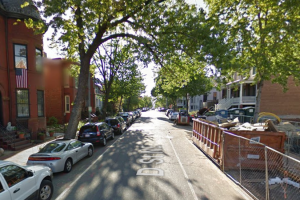 The robbers approached someone who was walking on the 900 block of D St. NE at approximately 11:15 p.m., police said in an email to the First District listserv. One of the men pointed a handgun at the victim and robbed him, then both suspects got on bicycles and rode south on 10th St. NE, according to authorities.

Police are currently on the lookout for the alleged robbers and are urging anyone with information related to this robbery to call 202-727-9099.

more stories
Previous
At Home on the Hill: Your Chance to Join the Car Barn Community is Here
Next
‘Mr. Puppy,’ Whose Real Name is Stacks, Finds Foster Home