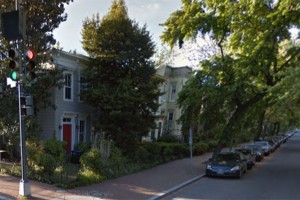 The victim was in the area when the man approached with a handgun, according to authorities. He then ordered the victim to hand over a cellphone and wallet.

The victim complied, and the man fled with the items.

Police haven’t released a detailed description of the suspect.