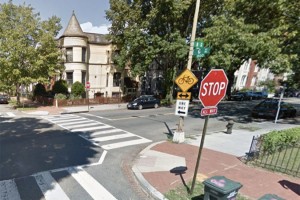 A duo of thieves robbed two people at gunpoint near the H Street corridor over the weekend, police said.

The armed robbery happened near the intersection of 8th and G streets NE about 12:45 a.m. Saturday.

The victims were walking in the area when two men drove up to them in a black Jeep Cherokee, according to authorities. One of the men then flashed a gun.

The men drove off with a wallet and a cellphone soon after.

Police arrested two people who tried to flee from a stolen white Toyota in the Hill East area Friday, too.

The vehicle was used “multiple times” in robberies, Captain Michael Pulliam of the Metropolitan Police Department’s First District told locals in an email.