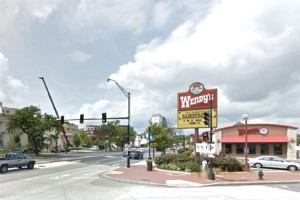 The shooting happened on the 300 block of U Street NE about 11:45 p.m. Wednesday. But police found the victim on the 100 block on New York Avenue NE,  just north of the headquarters of the Bureau of Alcohol, Tobacco, Firearms and Explosives.

The victim was trying to sell shoes to a man he met on the internet, according to authorities. During the meeting, two other men joined the prospective buyer, and all three of them flashed guns.

The men then took the shoes and $100 from the victim before he jumped in his car and headed to NoMa. As he left, the thieves shot him in the leg and sprayed his car with bullets.

The victim was brought to a local hospital, where he was treated and released.