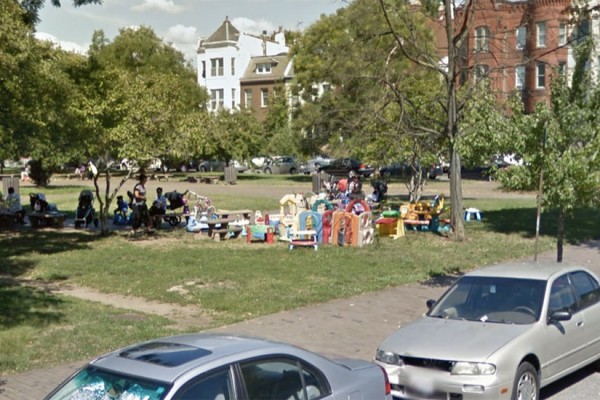 A collection of plastic play equipment and toys near the Eastern Market Metro station is on its way out.

It wasn’t immediately clear when the play area, also known as the “guerilla playground,” will disappear. But D.C. officials will provide one week’s notice before they take it away.