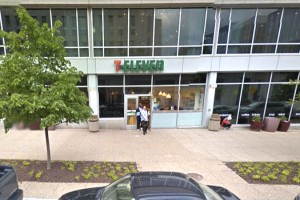 A man with a gun robbed a convenience store in NoMa early this morning, police said.

Police are looking for:

Two men also robbed two people at gunpoint near the H Street corridor this morning, according to authorities.

Police described the suspects as: