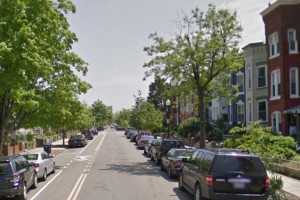 Three teens, including one with a handgun, attempted to rob a person near the H Street corridor this afternoon.

The attempted robbery happened just after 12:20 p.m. on the 1100 block of I Street NE. According to a police alert, one of the would-be thieves was between 18 and 20 years old and had a silver handgun. The other two suspects were juveniles.

A black male wearing a black hoodie and black pants, 18-20 years old, slim build and armed with a silver handgun

Police said the other two suspects were black male juveniles and did not release any further description.

The attempted robbery occurred several blocks from the scene of another armed robbery over the weekend, which was also carried out by three men whose ages police estimated were between 16 and 22.

more stories
Previous
‘Bike to Work Day’ Pit Stops to Give Away Shirts, Refreshment to Bikers on Friday
Next
Capitol Hill Agenda (May 17-23)