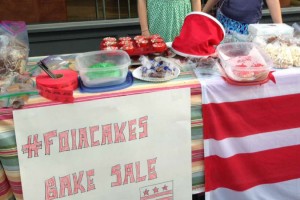 A community leader in Hill East is taking the U.S. Department of Justice to court in her quest to get crime statistics for her neighborhood.

Commissioner Denise Krepp of Advisory Neighborhood Commission 6B yesterday filed a lawsuit in the District’s federal district court, claiming DOJ violated the Freedom of Information Act. She urges the court to order the agency to hand over information about what percentage of crimes and arrests in D.C. result in prosecutions.

The suit came after Krepp raised more than $1,800 to cover FOIA fees for the data, which she has yet to get.

“Since I had exhausted all administrative remedies, I filed suit against DOJ,” Krepp said in an email last night. “I did so because crime is on the rise and instead of helping, DOJ continues to claim lack of knowledge regarding the number of crimes it is prosecuting in the city.”