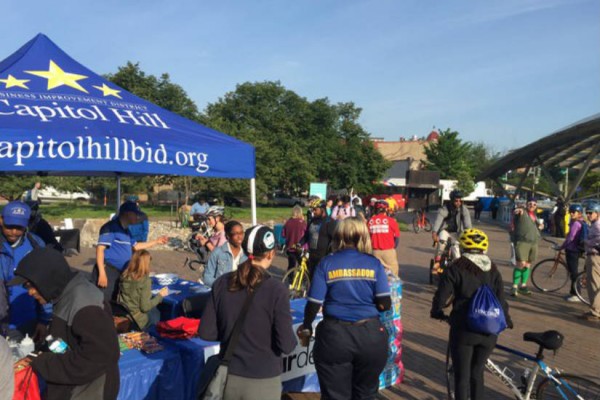 Capitol Hill Intersection Named Among Most Dangerous for Cyclists — The intersection of 8th and F streets NE was listed among those with the most reported accidents involving bicycles. [Washingtonian]

Car Catches Fire Near Capitol Hill Hyatt — Yesterday morning a car fire broke out near the intersection of 1st and E streets NW behind the Capitol Hill Hyatt. Nobody was in the car at the time and authorities successfully put out the fire. [WJLA]

Survey Showing Native Americans’ Indifference to ‘Redskins’ Name Could Affect Decision on New Stadium — A Washington Post poll that found that most Native Americans are not offended by the Redskins name, which could affect how officials view the push to move the team’s stadium back into the District. [Washington Post]