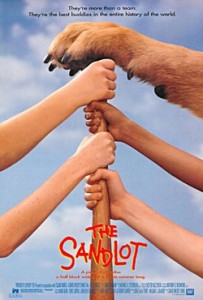 “Space Jam,” “The Sandlot” and other flicks are scheduled to get alfresco showings on the RFK Stadium campus this summer.

Washington City Paper and Events DC are set to host an outdoor movie series with five films on the D.C. Armory mall (2001 East Capitol St. SE) from June 30 to July 28, according to a representative for the organizers. The free screenings will begin at dusk.