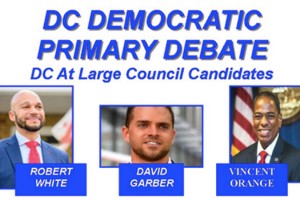 Three at-large candidates for the D.C. Council are set to square off in a debate on Capitol Hill next week.

The D.C. Democratic primary is June 14.