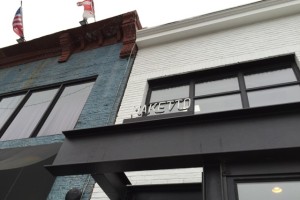 Maketto (1351 H St. NE) was named Best New Restaurant of the Year during the award show, which was held at the Walter E. Washington Convention Center last night.

The restaurant beat other trendy restaurants such as Centrolina, Convivial and Masseria by Nicholas Stefanelli in winning the award.

Maketto opened its doors a year ago and has since won the approval of food critics and local diners alike.