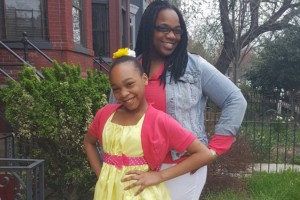 Locals are opening their wallets to help the daughter of a woman who was killed in a shooting in Hill East last week.

Stephanie Goodloe, 40, was killed in a shooting on the 700 block of Kentucky Ave. SE early last Saturday, police said. Authorities arrested Donald Hairston, a 49-year-old resident of District Heights, Md., and charged him with first degree murder while armed in connection with the crime.

Friends, family and sympathetic members of the community have already donated more than $22,000 to support Goodloe’s daughter, Simaya.

Read more on the GoFundMe page:

On June 18th,2016 in Washington,D.C. Stephanie  Goodloe was tragically taken away from us through domestic violence. Stephanie was known to be a God fearing,genuine,passionate woman with an infectious smile! Through her daily example of leadership Stephaine motivated everyone around her. Stephanie was a very giving woman and put herself last to support anyone especially children. She LOVED everyone. One of the things that everyone knew about Stephanie was her unconditional love and admiration she had for her daughter Simaya. Her life revolved around Simaya and giving her the best whether it was education, extra curricular activities,or anything to further her growth as a growing young lady.

I (Arlene ,one of Stephanie’s Best Friends/Coworkers)created this account for anyone who wants to contribute to supporting Simaya after the tragic loss of our beloved daughter, mother, friend, and coworker Stephanie. I will be withdrawing  these funds and they will be given to Simaya’s Grandmother (Stephanie’s Mother Sharon)to be  used strictly for Simaya after this loss.