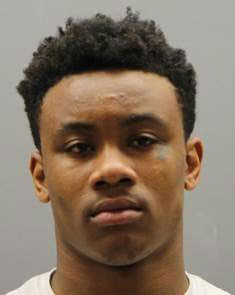 Police have put out a photo of a man they suspect robbed someone at gunpoint in Hill East last month.

Donathan Taylor, the 19-year-old Northeast D.C. resident in the photo distributed yesterday, is wanted in an armed robbery on the 1600 block of G Street SE about 11:30 a.m. May 25, police said. Authorities also want to question him in connection with other armed robberies in the District.

Police have a D.C. Superior Court warrant for his arrest.

Anyone who has information regarding this case should call police at 202-727-9099.  Additionally, information may be submitted to the TEXT TIP LINE by text messaging 50411. The Metropolitan Police Department currently offers a reward of up to $10,000 to anyone who provides information that leads to the arrest and conviction of the person or persons responsible for an armed robbery committed in the District of Columbia.