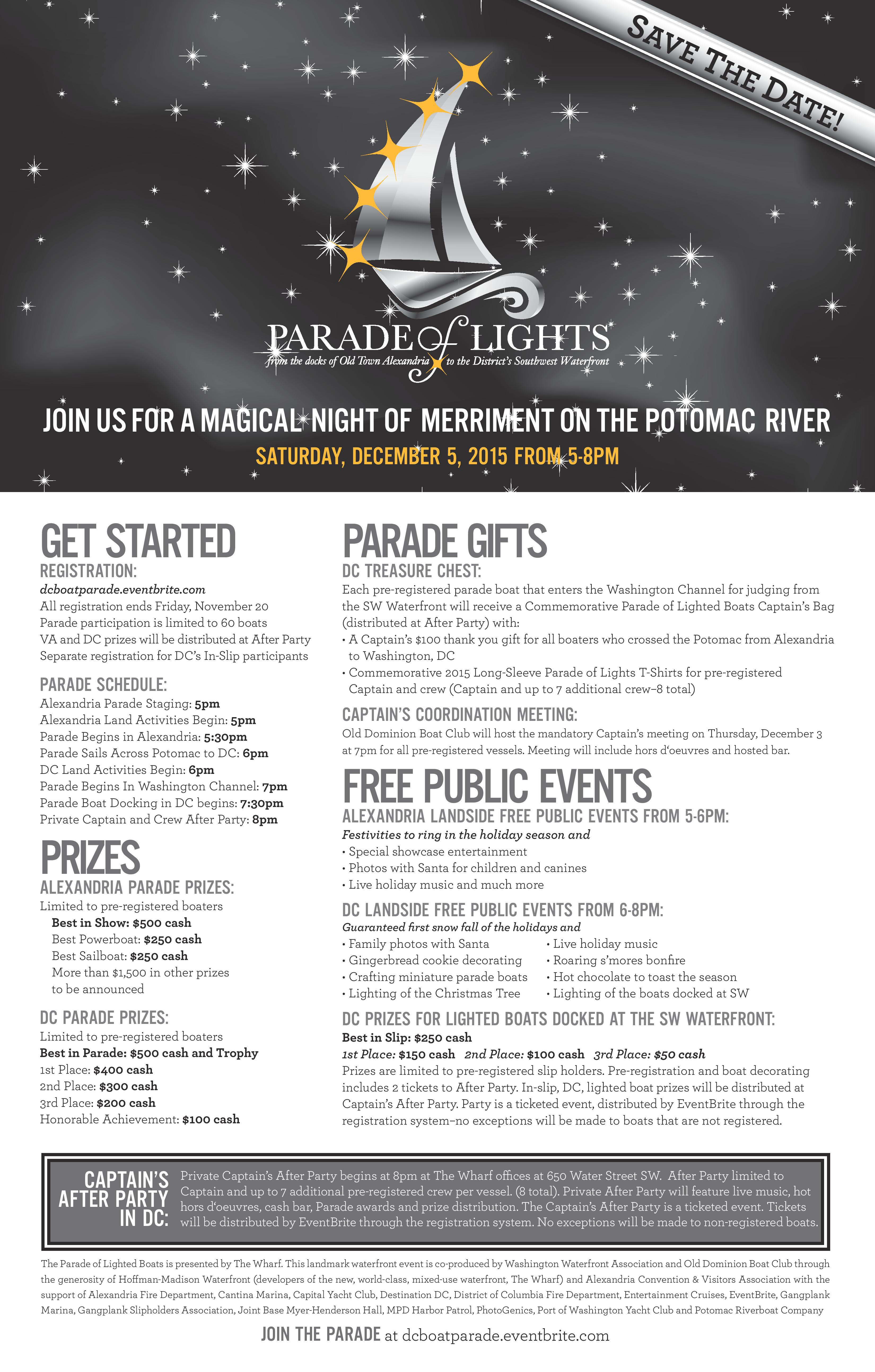 Join us at The Wharf for a magical night of merriment on the Potomac River. Now in its 24th year, the annual Parade of Lights kicks off at the docks of Old Town Alexandria and concludes at the District’s Southwest waterfront.

Each pre-registered parade boat that enters the Washington Channel for judging from the Southwest waterfront will receive a Commemorative Parade of Lighted Boats Captain’s Bag (distributed at the after oarty) with:

Old Dominion Boat Club will host the mandatory Captain’s meeting on Thursday, Dec. 3, at 7 p.m. for all pre-registered vessels. Meeting will include hors d’oeuvres and hosted bar.

Captain’s after party in D.C.:

D.C. prizes for lighted boats docked at the Southwest waterfront:

Prizes are limited to pre-registered slip holders. Pre-registration and boat decorating includes two tickets to the after party. In-slip, D.C., lighted boat prizes will be distributed at captain’s after party. Party is a ticketed event, distributed by EventBrite through the registration system-no exceptions will be made to boats that are not registered.

Event submitted by The Wharf