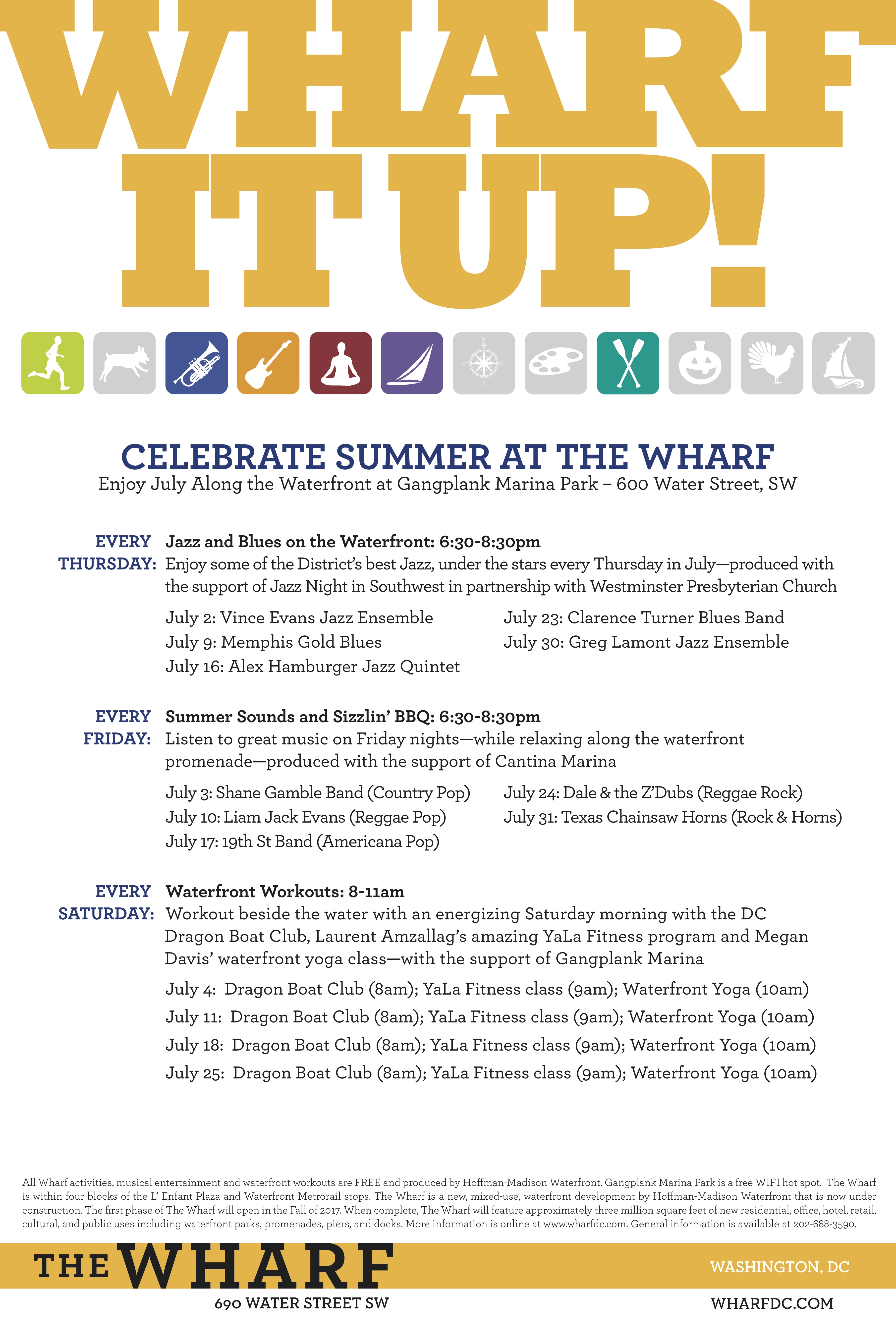 Start your Saturday morning off balanced with Megan Davis’ waterfront yoga class. It’s free every Saturday, from 10 to 11 a.m. at The Wharf.

Megan is an E-RYT with Yoga Alliance and a member of The International Association of Yoga Therapists. Her study and practice of yoga are informed by her experiences with rehabilitation, theories of traditional anatomy and Anatomy Trains, along with the application of techniques from kinesiology and movement therapy.

Megan was one of those kids who liked to figure out how things worked, who liked to investigate the insides of things. Marked for medical school at a very early age, she played with microscopes and ant farms at home and took advanced science classes at school, completing her first mammal dissection in eighth grade.

Megan majored in biology and philosophy at university with minors in physics and chemistry. A quarter life crisis, the details of which are not so important, changed her trajectory and she earned a degree in public health and became a women’s health educator and researcher. Another crisis, of the existential variety, led to an advanced bioethics degree and then a doctorate in disability studies.

Somewhere between the existential crisis and the bioethics degree Megan was in a severe car accident that resulted in 14 spinal injuries. This is when she started practicing yoga seriously. Since then, yoga has provided her with a systemic approach for decreasing pain and increasing function.

Since becoming a yoga teacher in 2005, Megan has worked with students who have moderate to severe injuries and chronic conditions. Her teachers come from a wide range of traditions and include: Doug Keller, Jenny Otto, Donna Farhi, Matt Sanford, Judith Lasater, John Friend, Rod Stryker and Shiva Rea.

Megan believes that the benefits of yoga can be accessible to anyone who is willing to try. Her teaching style is precise, sometimes unconventional and relies heavily on comic relief. In addition to teaching yoga, Megan is a professorial lecturer at The George Washington University in the religion and philosophy departments. Megan lives in D.C. with her dogs, who love raw kale and snore during yoga nidra.