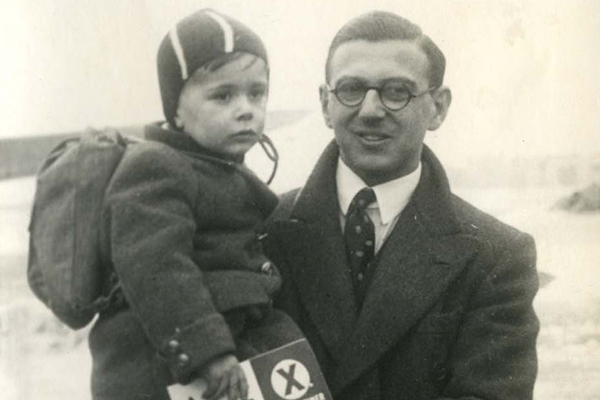 On the eve of World War II, Nicholas Winton organized a series of rescue missions to transport 669 children out of Nazi-occupied Czechoslovakia to England. Most were Jewish children whose families were later killed in the Holocaust. In her book, “If It’s Not Impossible”, Barbara Winton draws from her father’s diaries and personal papers to fill in the details of his extraordinary actions, uncovering other surprising details of the family’s history along the way.

image: Nicholas Winton holds a boy who was being flown from Prague to London in January 1939. Courtesy of Yad Vashem