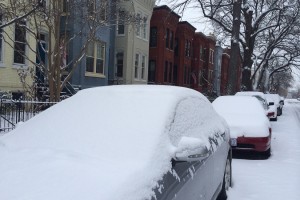 With schools and government offices open today for the first time this week, the battle over savesies – blocking or reserving a street parking space that you dug out – is starting to get uglier in the Capitol Hill area.

Hill resident Nathan Bergman stoked the flames of the age-old savesies debate with a 96-word note he left on a spot in front of his home. In the note, Bergman explained the work he put in to clear the space and vowed to bury any space-stealers with the snow that he removed.

Responses to Bergman’s note were varied. Some pointed to Mayor Muriel Bowser and Police Chief Cathy Lanier’s comments that saving parking spaces is not allowed in the District. However, judging by the amount of lawn chairs and empty trash cans parked around the Capitol Hill area, a lot of people disagree with the law.

ANC 6B commissioner Denise Krepp shared a photo this morning of another sign in Hill East asking people not to park in a cleared spot. The sign was posted on a target practice sheet in a possible attempt to intimidate potential parkers. Krepp removed the sign and implored residents to dig out peacefully.

The debate isn’t only playing out on Capitol Hill streets – Washington City Paper ran a pro-savesies story today, arguing that District residents should respect “dibs.” The Washington Post took a more neutral approach, talking to residents whose dibs weren’t honored and noting that elsewhere on the East Coast, the battle over parking often gets much nastier than it is here.

Drivers aren’t the only people trying to return to normalcy as the snow melts, though. Capital Bikeshare crews have been working to clear stations around the Capitol Hill area and the rest of the District.

Who says you can't shovel with attitude? Another station cleared at 3rd & H NE, in style. pic.twitter.com/yOu8BeDuHf

DC Water is also attempting to make conditions better, or at least drier, for pedestrians by urging residents to clear catch basins and drains along streets so that melting snow and slush doesn’t pool along sidewalks.

Help us clear catch basins and rid yourself of slushy, wet feet. https://t.co/GNqKNg7EHj

However, there are still some areas around the Hill that haven’t been cleared at all. This morning, Ward 6 Councilmember Charles Allen tweeted that many parks on Capitol Hill are federal lands owned by the National Park Service. Allen said he has urged NPS to clear the parks multiple times with no response and is now asking the DC volunteer snow team if it can help.

@chettpritchett @DCDPR Since @NatlParkService not doing their job, I'll ask DC's snow team to see if they can help out. 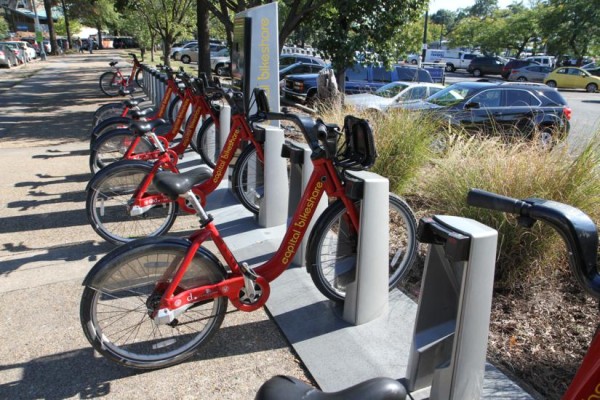 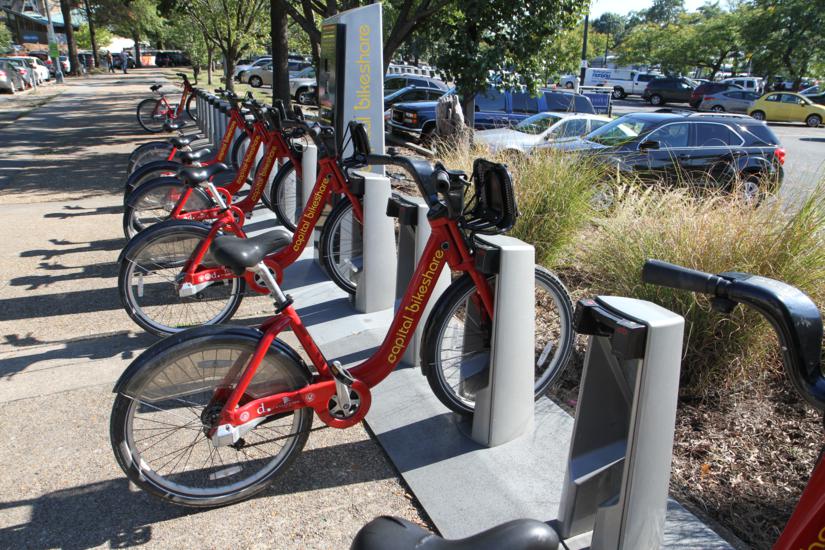 Red Capital Bikeshare bicycles may become even more common in the Capitol Hill area as the District Department of Transportation looks to add 99 new docking locations and expand some existing stations during the next three years.

A plan released by DDOT Tuesday aims to expand Bikeshare to underserved locations and increase service in areas where the bicycle sharing program is already popular.

Much of the area near the U.S. Capitol is within Bikeshare’s “core” area, where riders are more common. In the next year, DDOT is looking to expand some stations in the core area while also adding some stations on the eastern side of Capitol Hill, as well as Navy Yard and Southwest.

The plan calls for stations to go up in the next year on the H Street corridor and near Nationals Park. During the next two years, DDOT plans to add about five additional stations on Capitol Hill, one in Navy Yard and three in Southwest. The agency already has identified locations for some of the stations it intends to add in the next year, as well as 21 stations intends to expand.

In the Capitol Hill area, stations are set to get more bicycles at:

The plan also calls for new stations in 2016 to go in at:

DDOT is seeking public input before finalizing the plan. Locals can comment online until Nov. 15.

(Updated at 5:15 p.m.) Navy Yard and Southwest are among the most popular destinations for Capital Bikeshare riders in the District.

The station at 7th and Water streets SW was the No. 3 most popular destination station in the District, followed by 3rd and Tingey streets SE (at No. 6), New Jersey Avenue and M Street SE (at No. 8) and 4th and E streets SW (at No. 10).

The most common use for Bikeshare is traveling to work, according to District, Measured.

Overall, a station at the Georgetown Harbor was the most popular destination station.

District, Measured calculated the percentage of rides that were arrivals and departures for each stop in D.C. to see which stations were favored as destinations. Taking into account only Bikeshare checkouts, however, stops at Union Station, Dupont Circle and the Lincoln Memorial are the busiest, according to the organization. 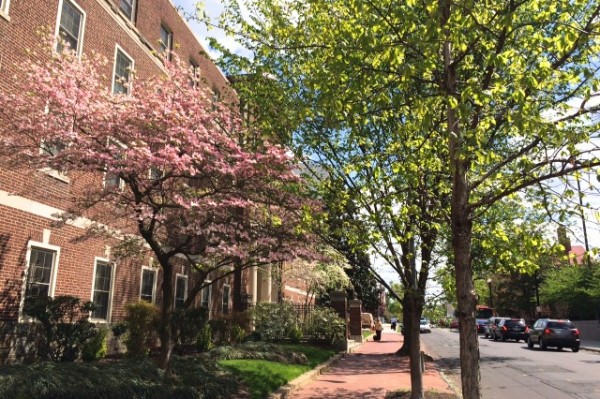 Coworking Space, Coffee Shop Reportedly Planned for H Street — The development on the 600 block of H Street NE that will have a Whole Foods may also be home to a coworking space and coffeeshop. WeWork and The Wydown, which has a location at 14th and U streets NW, are reportedly in talks to open at the Apollo. [Washington Business Journal]

Bayou Bakery Update — The Louisiana-themed cafe coming to the carriage house alongside the Hill Center (921 Pennsylvania Ave. SE) will open its doors “as soon as next week,” The Hill Is Home reported. Chef David Guas spoke on Monday night about his new book. [The Hill Is Home]

Where Metro Expects Ridership to Grow — Metro expects that development will boost use of the NoMa, Union Station and Navy Yard stations. [Washington Post] 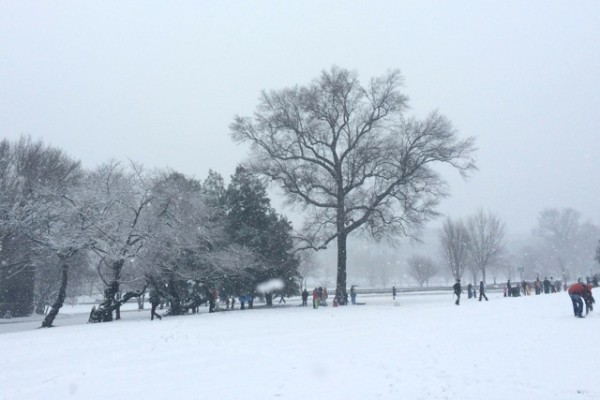 H Street Smoke Shop Robbed — The H Street NE smoke shop Island Dyes was robbed about 2:45 p.m. yesterday. Men wearing all black, including one wearing a mask, stole cash but none of the glass pipes or rolling papers the store sells. [Washington Post]

Old Campaign Signs Remain — Campaign posters are still plastered across the District, but the Department of Public Works has written few tickets for them. Since Nov. 4, 11 tickets have been issued to seven political campaigns. [Washington Times]

Some features of the bike-sharing service will be disrupted starting Tuesday night, as the operators update the system. The Capital Bikeshare software will be upgraded starting at 7 p.m. Tuesday, officials announced. The work could last just 16 hours (until 11 a.m. Wednesday) or as long as 24 hours (until 7 p.m. Wednesday).

Here are the parts of service the operators expect will be affected:

Credit card rentals will not be available at Capital Bikeshare stations

New memberships or renewals will not be available on the Capital Bikeshare website (www.capitalbikeshare.com)

Updates on station and bike availability will not be generated for websites, maps and mobile apps (including Spotcycle)

Hill residents can weigh in soon on a price increase being considered by Capital Bikeshare officials.

“Even with the $10 increase, the proposed rate is much lower than other major metropolitan U.S. systems like New York ($149) and on par with Boston ($85); and will help us continue to provide the highest quality service for the first and, by station count, largest bikeshare system in the country,” a notice about the meeting says.

Locals who are unable to attend the feedback session can offer input by emailing [email protected]. Comments will be accepted through Feb. 15.