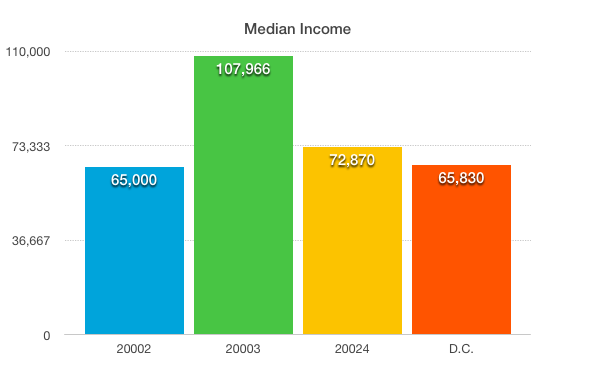 Residents of the 20003 zip code brought home significantly higher salaries and paid more for housing than their neighbors to the north and west, the latest U.S. Census Bureau data shows.

American Community Survey estimates for 2009 through 2013, released yesterday (Thursday) shows that residents of the 20003 zip code that includes Capitol Hill and Hill East earned a median income of nearly $108,000.

Residents of the 20002 zip code — which includes the H Street NE area, part of NoMA and the portion of Capitol Hill that’s north of East Capitol Street — earned about 60 percent less, with a median income of $65,000. Southwest residents in the 20024 zone had a median income of nearly $73,000.

Here are some of the latest figures on Ward 6: 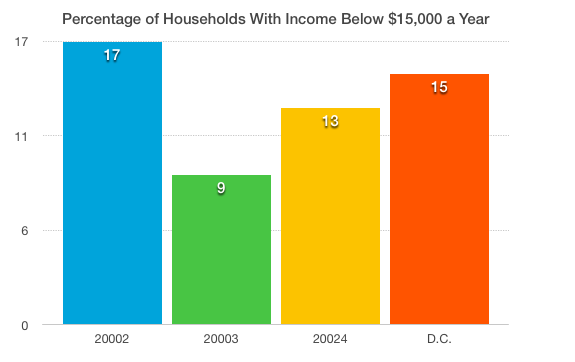 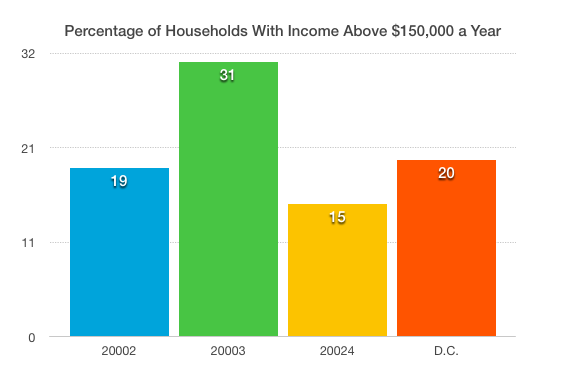 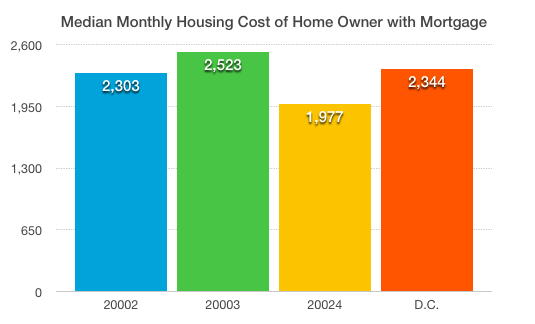 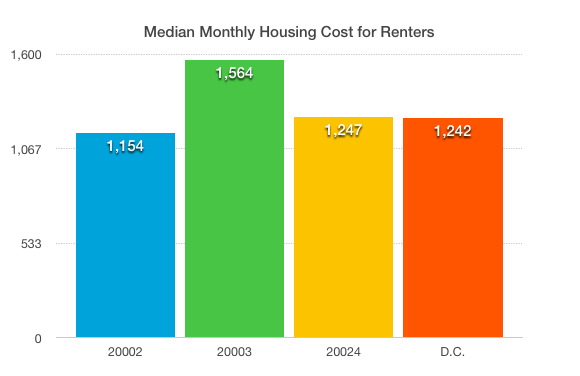