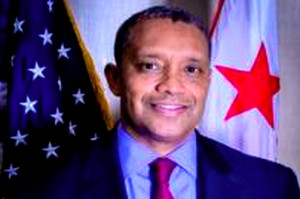 Want to know what D.C.’s first elected attorney general is doing? You can ask him.

Attorney General Karl Racine will be interviewed in a public session at the Hill Center next month, the institution announced.

Racine, who said he would uphold the marijuana legalization vote and reform the juvenile justice system, will speak with NBC 4 reporters Tom Sherwood and Mark Segraves.

The program from 7 to 9 p.. Monday, March 30 will be the latest installment of the reporters’ “All Politics Is Local” discussion series. They spoke in October with D.C. Police Chief Cathy Lanier, as Hill Now reported.