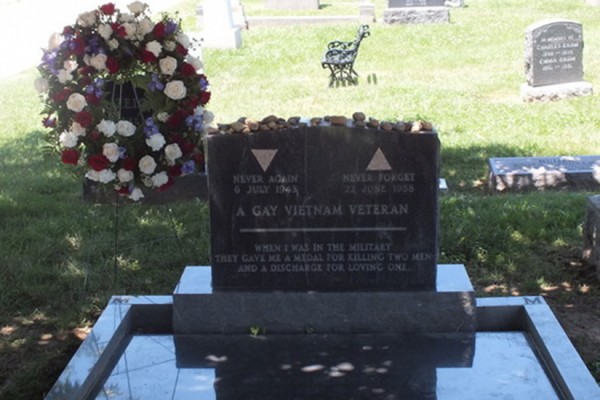 Congressional Cemetery visitors soon will be able to learn more about the notable gay rights figures buried there.

Attendees can explore the cemetery’s “gay corner” during the new “LGBT Icons” tour by Atlas Obscura, planned to take place at the cemetery (1801 E St. SE) on April 16 at 3:30 p.m.

Notable figures buried along the tour route include Peter Doyle, the man believed to have been “the greatest love of gay American poet Walt Whitman,” famed designer Ken Dresser and Leonard Matlovich, a Vietnam veteran and the “first named gay person on the cover of a mainstream magazine.”

Although earlier LGBT burials are located at HCC, the so-called “gay corner” began in 1988 when gay rights advocate and Vietnam Veteran Leonard Matlovich made the decision to be interred at HCC. Matlovich is most known for his appearance on the cover of Time Magazine in his Air Force uniform with the headline “I am a homosexual.”

His decision to make HCC his eternal home inspired a generation of LGBT activists to make their final resting place here as well. Today, HCC is an active cemetery and the future site of the 501(c)(3) nonprofit LGBT Veterans Memorial.

Notes for this adventure:

– A portion of the proceeds will be donated to Congressional Cemetery.

– This walking tour is about a mile, so please wear comfortable shoes and water.

– After a day full of exploring, join us at Georgetown’s Tudor Place for music, drinks, and merriment! Click here for information and tickets.

A house near Barracks Row was unanimously voted into the D.C. Inventory of Historic Sites by the District’s Historic Preservation Review Board yesterday for its role as the headquarters of a lesbian feminist group in the early 1970s.

The house at 219 11th St. SE, which was home to the Furies Collective from 1971-73 is the first lesbian-related historic landmark in D.C.

The Furies Collective were a group of radical lesbian feminists who printed a monthly magazine and other publications that helped shape lesbian feminist ideology nationally and globally. The house near Barracks Row served as the home and headquarters for the collective.

The HPRB also recommended the house for national historic recognition in the National Register of Historic Places. Mark Meinke, a local LGBT history advocate who prepared the application said he is confident that the house will make it onto the national register.

“The National Park Service in 2014 launched an LGBTQ heritage initiative and they’re hoping to recognize a lot of queer sites,” he said. “This is one of the sites they’re waiting for because they don’t have any lesbian sites on the national register, so this will add a bit of diversity.”

Meinke, who co-founded the Rainbow Heritage Network last year to advocate for and secure historic recognition for LGBT sites around the country, spent nearly 10 months preparing the 63-page application. In it, Meinke noted that though the collective was short-lived, its contributions to lesbian and feminist thought were lasting.

“In the space of 18 months, the efforts of the collective’s twelve women had invigorated the debate over what lesbians needed to do and what they needed to oppose,” he wrote in the application. “Their arguments for independent self-reliant women had become a norm for many lesbian feminists and even within the wider women’s movement.”

The application also shed light on the Barracks Row area’s role as one of the first gay and lesbian neighborhoods in the District. In the application, Meinke explains how Barracks Row in the late 60s and early 70s was home to some of the city’s only gathering places for gays and lesbians.

Meinke said he isn’t currently working on other historical applications in the area but there are several sites in the area that played a significant role in the the District’s LGBT history.

“The Barracks Row area was an early gay and lesbian neighborhood, so there are a lot of sites around there that would be interesting to nominate,” he said.

Meinke was joined at the preservation board meeting by former Furies member Joan Biren and the home’s current owner Robert Pohl. 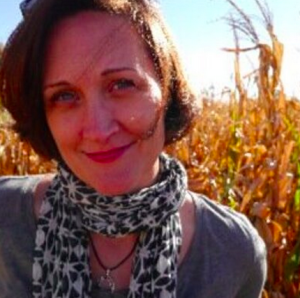 Anne Phelps, a top staffer for Ward 6 Councilman Charles Allen, is being recognized for her service to the District’s lesbian, gay, bisexual and transgender communities.

Phelps, Allen’s legislative director, will accept a Distinguished Service Award from the Gay and Lesbian Activists Alliance of Washington on April 23. She is one of three people set to get the award at GLAA’s 44th anniversary party.

During the past council period, Phelps served as director of the Judiciary and Public Safety Committee, working on several GLAA-supported bills. The measures included the JaParker Deoni Jones Birth Certificate Equality Amendment Act and the Marriage Officiant Amendment Act, which both passed the council in 2013.

The Birth Certificate Equality Amendment Act allows transgender D.C. residents to get new birth certificates if they get statements from doctors saying they have undergone a “medically appropriate treatment for a gender transition.” The Marriage Officiant Amendment Act allows couples to designate any adult as a “temporary officiant” to perform their marriages. Previously, only judges and clergy could wed couples in D.C.

Allen said he was proud of her.

“As Council staff, she frequently works behind the scenes for the Council and elected officials,” Allen said in a statement. “But this notable recognition appropriately highlights the integral role she has played in some of the District’s most progressive legislation that impacts the rights and lives of every District resident.”

Phelps, who continues to work on LGBT issues under Allen, didn’t immediately respond to an inquiry. 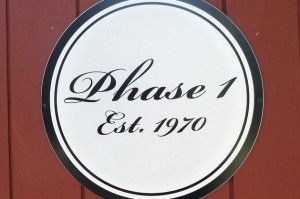 “Phase 1 will be closed temporarily as we make some upgrades,” a message on the Facebook page of the 525 8th St. SE bar says.

Owner Allen Carroll, who did not immediately respond to inquiries, told Metro Weekly that the bar will reopen.

“In preparations for the upcoming 45th anniversary for Phase 1 of Capitol Hill, we will be closed for some sprucing up,” Carroll said. “We will reopen soon with a fresh look, and new lighting and sound.” He didn’t share an estimated reopening date.

Open since 1970, Phase 1 touts itself as the oldest continually operating lesbian bar in the country, with live music, karaoke and Jell-O wrestling.

The venue was scheduled to host the second annual Lez Sing Karaoke Contest tonight. The Human Rights Campaign-sponsored event will now be held at Nellie’s Sports Bar at 900 U S. NW.

D.C. gay bars that have permanently closed in recent years include Remington’s on Pennsylvania Avenue SE, Apex near Dupont Circle and Mova near Logan Circle.

Drag shows in Southwest this weekend will raise money for an LGBT group.

D.C.’s Different Drummers, an association of LGBT musicians, will hold a fundraiser at Ziegfeld’s Secrets at 1824 Half St. SW Sunday night.

Drag kings and queens will perform at the fifth annual event to support groups under the Different Drummers umbrella, including the Capitol Pride Symphonic Band; the music, theater and dance group Project Lightbulb and the Different Drummers Marching Band — which is shown on video playing the Lady Gaga song “Bad Romance” in a parade.

The event has a $10 suggested donation.