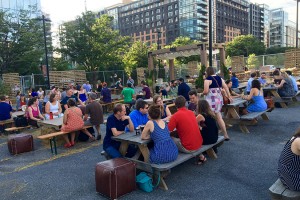 An outdoor beer garden in NoMa is set to dust of its benches for a short amount of time this weekend, according to a newsletter from NoMa BID.

Wunder Garten announced it will host a “neighborhood sneak preview” at its new location at 1st and L streets NE this weekend from 4-10 p.m., the BID said.

Though it wasn’t immediately clear on what the “sneak preview” would entail, the BID promised patrons would be able to “drink great beers, enjoy the weather and experience Wunder Garten before they fully open for the season.” 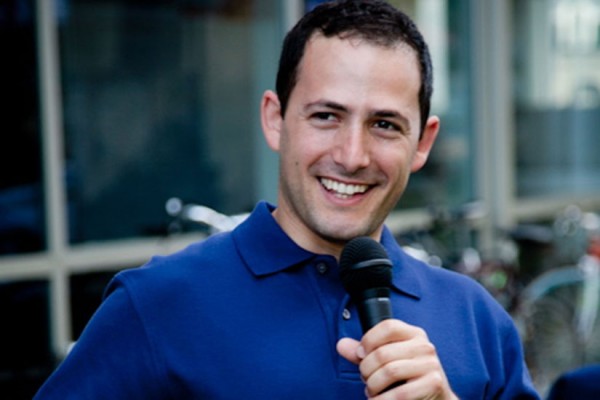 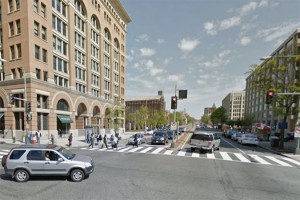 A man robbed someone at knifepoint in NoMa this morning, police said.

The armed robbery happened on the 800 block of North Capitol Street NW about 8 a.m. The area is about two blocks north of the National Postal Museum.

END_OF_DOCUMENT_TOKEN_TO_BE_REPLACED

Police are on the lookout for a man connected to the shooting that injured four men in NoMa yesterday afternoon.

D.C. Police officers responded to a report of a shooting in the area of North Capitol St. and New York Ave. NW just before 4:30 p.m. yesterday. When officers arrived on the scene, they found four men suffering from gunshot wounds.

Those men were conscious when they were taken to the hospital, police said.

Additionally, authorities said someone behind the wheel of a car drove into a police officer who was rushing to the scene of the shooting. That officer was taken to the hospital with non-life-threatening injures, according to police.

MPD is on the lookout for someone described as:

Read more about the crime in a press release MPD put out yesterday evening:

The Metropolitan Police Department seeks the public’s assistance in identifying a person of interest in reference to a quadruple shooting, which occurred in the area of North Capitol Street and New York Avenue, Northwest, on Wednesday, June 8, 2016.

At approximately 4:24 pm, members of the Fifth District responded to a call for a shooting. Upon arrival on the scene, members located four adult males, all conscious and breathing, suffering from gunshot wounds. The victims were all transported to local hospitals for treatment. Additionally, an MPD mountain bike officer was struck by a vehicle a short distance away from the scene, while responding. The officer sustained non-life threatening injuries and was transported to a local hospital for treatment.

The suspect is described as a black male, 5’6″, medium brown complexion, wearing a black mask, dark colored pants and a black jacket.

(Updated at 5:10 p.m.) Four people were hospitalized after a multiple shooting in NoMa this afternoon, according to authorities.

At least three people were suffering from gunshot wounds when paramedics arrived, he said.

The conditions of the people brought to the hospital weren’t immediately clear.

We’ll update this story when we have more information. 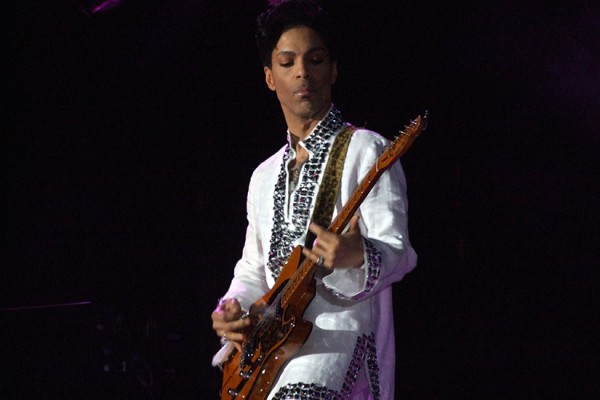 Locals can watch “Purple Rain” outdoors and dance to music from the District’s “foremost Princeologist” in NoMa tonight.

The tribute to the singer and actor is scheduled for 6 to 10:30 p.m. at Storey Park (1005 1st St. NE), according to the NoMa Business Improvement District’s Facebook page.

DJ Dredd and Keenan Orr are slated to play the artist’s music before the film begins at sunset, which is about 8:30 p.m.

Called the District’s “foremost Princeologist” by The Washington Post, Dredd is “the architect of the long-running Prince dance parties in D.C. that have spanned almost two decades,” according to the NoMa BID. Orr, a D.C.-area native, is known for “bouncing from Chicago House, Baltimore Club, Electro, Disco and classics of the 80’s and 90’s,” the BID notes.

Dangerously Delicious, Healthy Fool, Orange Cow and Stella’s Popkern also are set to serve food during the event from their food trucks.

(Updated at 9 a.m.) Authorities who investigated a suspicious powder in a NoMa-area office building this morning discovered that the substance was coffee creamer, a D.C. Fire and EMS representative said.

Officials received a report of a white powder in a letter at 111 Massachusetts Ave. NW about 7:30 a.m., D.C. Fire and EMS spokesman Doug Buchanan said.

It wasn’t immediately clear what organization reported having a suspicious powder. But the Massachusetts Ave. building holds offices for the General Services Administration and Department of Homeland Security, according to its owner, Douglas Development Corp.

Firefighters extinguished a “small fire” on a roof of a building in NoMa earlier this afternoon.

The fire broke out atop a three-story warehouse at 735 N Capital St. NE just before 4 p.m. today, according to D.C. Fire and EMS.

Nobody was injured during the blaze, and authorities said the cause of the fire was accidental.

A collision involving a Metrobus and another vehicle injured five adults and a child in NoMa this morning, according to officials.

The child and four of the adults were brought to a local hospital with minor injuries, D.C. Fire and EMS tweeted. The four adults who were hospitalized were all on the bus, Dye said. But it wasn’t immediately clear if the other people injured were riding the bus, too.

The bus was traveling on the 90 route to the Duke Ellington Bridge when a vehicle made contact with the back of the bus, causing “very minor damage,” Dye said.

Police are investigating two robberies with guns in Hill East and NoMa this morning, according to authorities.

Thieves in both of the crimes stole cellphones and wallets.

In the G Street robbery, police are looking for a:

In the North Capitol Street robbery, police are looking for a:

A woman stabbed her boyfriend multiple times during a fight near NoMa last night, police said.

The couple was arguing inside a home in the area when the man punched and kicked his girlfriend, injuring her face, according to authorities. The woman then pulled out a knife, stabbing her boyfriend in various parts of his body.

It wasn’t immediately clear whether they sustained serious injuries in the fight.

Police arrested 26-year-old Teresa Owens for assault with a dangerous weapon and 29-year-old Jamal Lee for aggravated assault in connection with the incident.