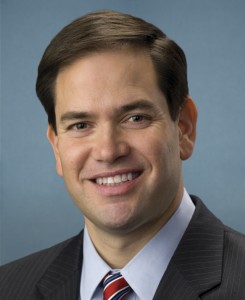 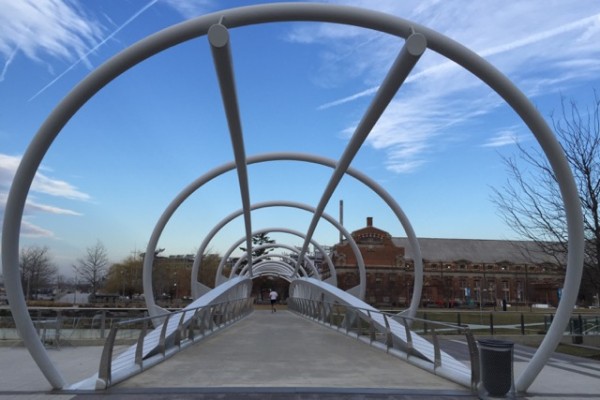 More Fashion and Food on H Street NE Soon — The “market place environment” Maketto is expected to open at 1351 H St. NE by the end of March. The “Asian street market” will have food from Toki Underground, clothing by designer Will Sharp and drinks from Vigilante Coffee Company. [Urban Turf]

Results of Neighborhood Group Poll — We got an earful on Facebook about news we shared about the new group Childfree Living on the Hill (CLOTH). So, we took a poll on Wednesday, asking, “Which neighborhood group does the Hill need (or not)?” As of this morning, the majority of voters said “Any and all. The more, the merrier.”

(Updated at 11:20 a.m. Friday) Capitol Hill residents Peter and Katy Keesey were talking with friends about six months ago about a couple of controversial issues.

“We were laughing about how some people don’t accept climate change. Then we continued the conversation by saying how silly it was that some parents don’t vaccinate their kids,” Peter Keesey said.

“Things got very quiet,” he said.

The Keeseys — who have an 18-month-old son and another baby on the way — said they took inspiration for the “pro-vax” sticker campaign from the “I voted today” stickers handed out at the polls.

The Keeseys launched a Kickstarter campaign earlier this month to distribute 50,000 stickers to pediatricians’ offices across the country. Supporters are giving them their pediatricians’ addresses, then the Keeseys send the doctors the stickers and a letter explaining what to do with them. Supporters can sign their names to the letters or anonymously request that doctors hand them out. The Keeseys will share the sticker templates with doctors so they can print them, too.

The handful of doctors they’ve spoken with so far have been supportive of the plan, said Peter Keesey, who is a federal employee.

“We’re generally finding that pediatricians are pretty excited about this,” he said.

The couple, who moved to the Hill about six years ago, is also having totebags printed with the slogan Give Our Kids a Shot.

“It’s an easy way to show you made a correct decision for your family,” said Katy Keesey, who works as a human relations consultant.

The Kickstarter with a $10,000 goal had raised $1,785 as of 4 p.m. Thursday. All funds go toward the production of stickers and totebags, the Keeseys said.

Members of the anti-vaccine movement link vaccines to autism and cite a 1998 study that has since been discredited, The New York Times reported.

Two cases of measles have been diagnosed in the District this year. The D.C. Department of Health recommends that children receive all recommended vaccinations to avoid preventable diseases.

“For measles, and for all other vaccine-preventable illnesses – we want to make sure our community is protected,” health director LaQuandra S. Nesbitt told The Washington Post. 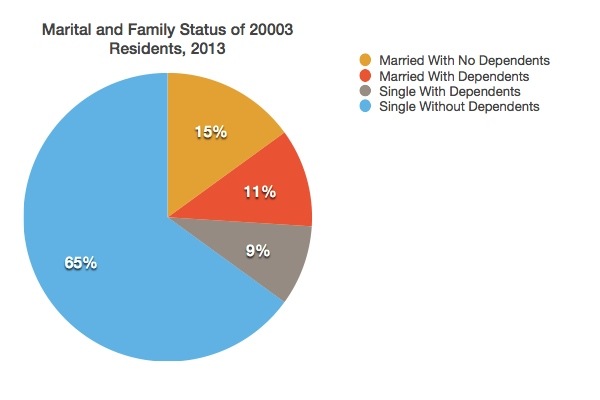 (Updated at 4 p.m.) Capitol Hill is beloved for being family-friendly, but most tax-paying households are single and without kids.

Data released by the city today shows that 65 percent of tax-payers who lived in the 20003 zip code were single and child-free in 2013 — the most recent year for which data was available.

The data from the D.C. Office of the Chief Financial Officer is based on 2012 tax returns, on which people listed where they lived in 2013. 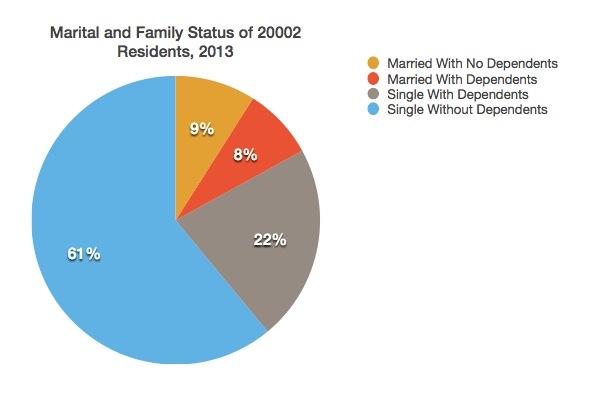 The 20024 zip code, which covers the Southwest waterfront, had a greater percentage of singles without dependents, at 71 percent. Just 4 percent of tax-payers there were married with dependents. 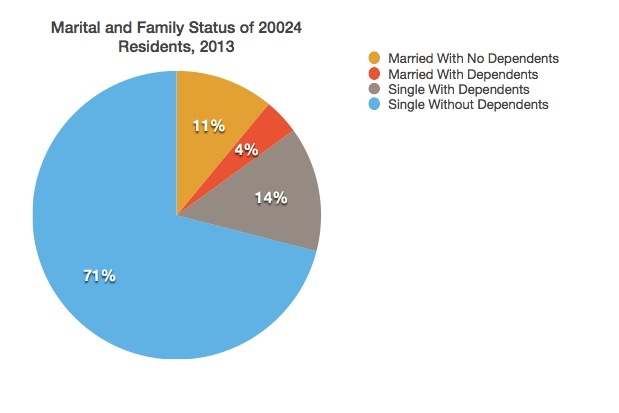 Data released by the D.C. financial office last month showed that Capitol Hill is one of the most popular District neighborhoods for new parents. In 2011, more new parents lived in the 20002 zip code than any other D.C. neighborhoods but Petworth and Brightwood Park. Most people who lived in the area when their children were born in 2007 still lived there five years later, the data shows.

A report released today by the District shows Capitol Hill is one of the most popular D.C. neighborhoods for new parents.

The data issued Wednesday by the D.C. Office of the Chief Financial Officer tracks D.C. parents who stay and leave the city, based on 2001-2012 income tax data. Overall, D.C. residents were more likely to leave the city once they have their first child. For people who had their first child in 2007, about half disappeared from city tax records by their child’s 5th birthday. Of people who stayed in D.C., about 25 percent changed zip codes. Middle-income parents, who made between $35,000 and $146,000 annually, were more likely to leave D.C. than their low- or high-income peers.