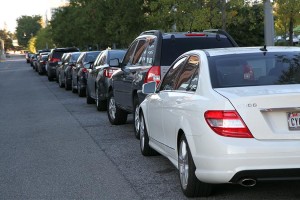 The 2013 permits that let residents’ guests park for more than two hours on RPP-zoned blocks will expire on Dec. 31, and applications for new permits are now being accepted, according to the District Department of Transportation.

One free pass is available to every household on a RPP-zoned block. The passes will be valid for the entire 2015 calendar year.

Applications can be made online. The permits should be received 7-10 days after they are approved, the DDOT site says.

Critics of the permitting system that was expanded in Aug. 2013 say the RPP program invites abuse on already-crowded streets.