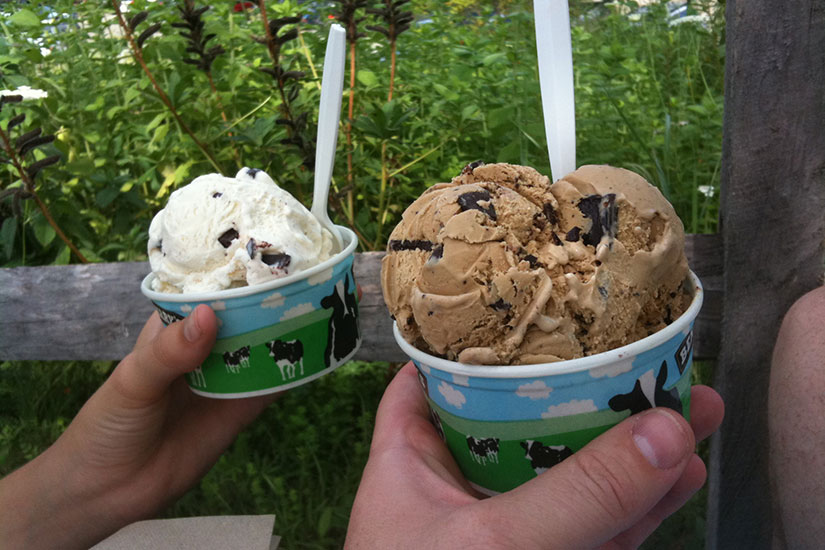 Capitol Hill residents and visitors can get free ice cream — with a side of children’s art — near Eastern Market tomorrow.

Stanton-EastBanc and Clark Construction are scheduled to dish out complimentary scoops of Ben & Jerry’s ice cream from 5 to 6:30 p.m. near the Hine redevelopment project at 7th Street and Pennsylvania Avenue SE. The companies, which are working on the redevelopment, are celebrating new artwork students from 27 area schools made for a construction fence.

The artwork will be on display for the next 20 months.

The transformation of the former Hine Junior High School property at 700 Pennsylvania Ave. SE is expected to bring residential, retail and office space by the end of 2017. A Trader Joe’s is slated to be among the complex’s tenants. 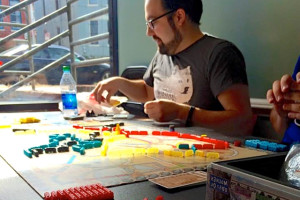 Gamers young and old can look forward to an extravaganza of locally made games next month.

The Pennsylvania Avenue SE store Labyrinth Games & Puzzles will host a Carnival of Games on Saturday, April 11 that will showcase activities for adults and kids.

“All across the country, game stores will hold events where people can play unpublished games by local designers,” manager Judy Thomas explained.

Festivities at the 645 Pennsylvania Ave. SE store will include a make-your-own jigsaw puzzle station and demonstrations by the designers Evil Hat, Ben Rosset and Dave Chalker. The free event is scheduled from 10 a.m. to 7 p.m. and no RSVPs are required.

A woman is being sought by police for throwing a figure of the Grim Reaper at a man in the 12th Street SE CVS.

Video released by the Metropolitan Police Department today shows a woman in a hot pink sweatshirt entering the 500 12th St. SE store, at Pennsylvania Avenue SE, and beating a man inside.

The incident caught on video begins when the woman walks into the store, talking on the phone, about 3:15 p.m. Oct. 30. The day before Halloween, she passes a full-size figure of the Grim Reaper in the entryway. Within seconds, she appears to be chased out of the store by a man.They push each other and the woman with her hood pulled up hits him with her purse.

The woman backs out the door and tries to rip the sickle out of the Grim Reaper’s hands. When she’s unable to remove it, she hurls the whole model into the store.

The woman shown is a person of interest wanted for simple assault, police said.

Store management declined to speak about the attack. Corporate headquarters did not immediately respond to an inquiry.

In other Hill crime news, someone was robbed about 4:45 p.m. Tuesday on the 600 block of 4th Street NE, police said. Officers are seeking three suspects, one of who police described as a short black man wearing a tan hoodie and khaki pants.

Anyone who can identify these individuals or who has knowledge of this incident should take no action but call police at (202) 727-9099 or text your tip to the Department’s text tip line to 50411. Crime Solvers of Washington, DC currently offers a reward of up to $1,000 to anyone who provides information that leads to the arrest and conviction of the person or persons responsible for a crime committed in the District of Columbia.