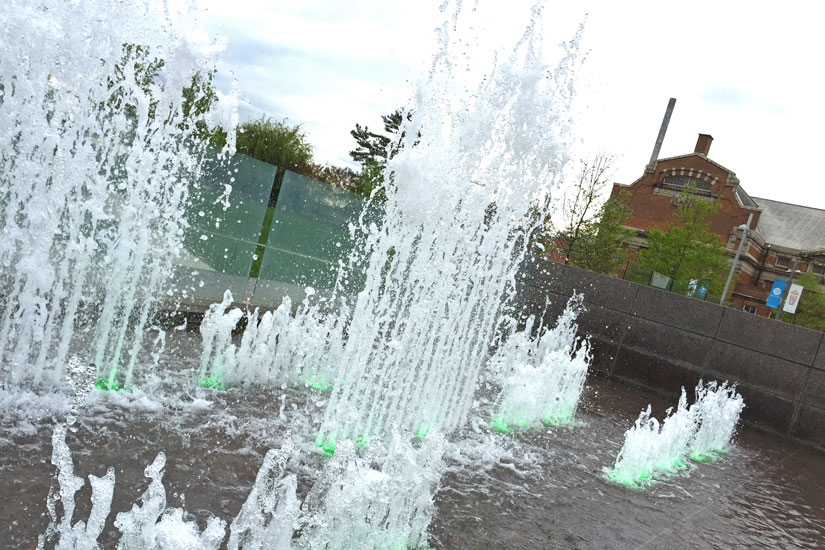 Bowser Tells Drivers to Slow Down on First Day of School — Mayor Muriel Bowser joined about 30 other volunteers at Seward Square on Capitol Hill yesterday morning to launch the “Slow Down” campaign, urging drivers to use extra caution now that school is back in session. [Washington City Paper]

A Historic Look at Capitol Hill Crime — A look through the records reveals a Capitol Hill assault case from 1852. [The Hill Is Home]

Due South Aims to Bring ‘Larrupin’ Good’ Food to Navy Yard — The owners of Due South at 301 Water St. SE are hoping that diners find their takes on classic Southern dishes “larrupin’ good.” Hill Now took a tour of Due South yesterday and learned how the new restaurant has created somewhat of a motto out of the expression that means delicious or excellent. [Hill Now]

A man scared away two would-be thieves after he punched one of the men near Seward Square over the weekend, police said.

The attempted robbery happened on the 300 block of Pennsylvania Avenue SE about 2:15 p.m. Saturday.

The would-be robbers approached the victim when he was partially asleep at a bus stop in the area, according to authorities. They then tried to grab his wallet from his pants pocket.

At that point, the victim hit one of the men in the face. The duo then fled.

Police described the suspects as men who are 18 to 25 years old.

According to authorities, the Capitol Hill area also had other crime since Friday, including: