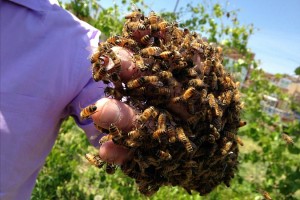 The White House has had them for more than six years. With the proper equipment and training, you can, too.

A four-part class series on urban beekeeping is scheduled to begin this Monday at Hill Center at the Old Naval Hospital (921 Pennsylvania Ave. SE). The DC Beekeepers Alliance will help teach the classes and provide insight on how to properly keep bees in the District.

Classes are scheduled for the next four consecutiveMondays from 6:30 to 8:30 p.m. at the Center. Each class will cover different topics, including how to rebuild the declining bee population and the health benefits of honey.

Participants can register online for all four classes for $40 or for classes. The scheduled classes are: 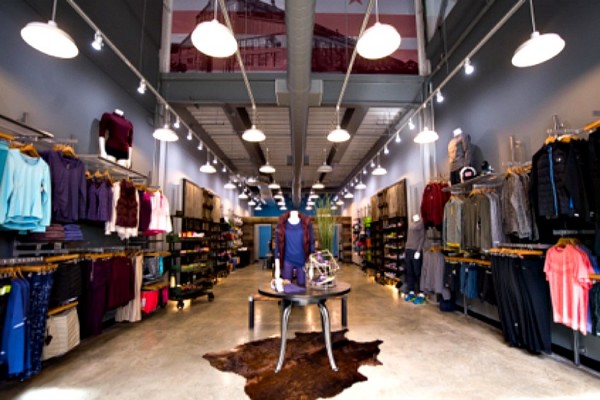 Pacers Running newest location is at 300 Tingey St. SE is celebrating its grand opening through this Sunday. The company has five other locations throughout the District and Virginia.

“For several years, we have looked at options to service this great part of the city and are happy to now call Navy Yard home,” CEO Kathy Dalby said in a statement.

The store was designed with elements that honor the historical 1919 Navy Yard building, according to the statement. This includes fixtures salvaged from old Naval ships.

The space itself is more than 2,000 square feet to house apparel, shoes and accessories. It will have training services, a “Run Lab” for gait analysis and will serve as a meeting spot for fun runs on certain weeknights.

The first of these runs is scheduled for tomorrow night as part of the grand opening celebration. A group will run 3 to 5 miles, followed by drinks at neighboring Bluejacket.

In 1955, a 424-foot military destroyer launched from Maine to enter the Navy.

Almost 30 years later, the Navy decommissioned the same vessel to the Washington Navy Yard as a display ship.

And on Saturday morning, a formal departure ceremony is scheduled to give former sailors, Navy employees and locals an opportunity to say goodbye to the USS Barry.

“I’m glad we’re able to bring the crew pier-side before the ship leaves,” Navy spokesman Brian Sutton said. “There are also a lot of neighborhood folks who have interest in the area, so we would love for them to drop in as well.”

The event will honor the destroyer a final time with speeches and a small celebration, commemorating its military career and role as a permanent, public display ship at the Navy Yard.

In the late 1950’s, the Barry was assigned to the Atlantic and Pacific fleets, patrolling waters around the world and responding whenever needed.

When on active duty, the Barry was part of the blockade of Cuba during the 1962 missile crisis. The destroyer also successfully stopped a Russian ship that tried to depart the Caribbean without having its cargo inspected, according to Stars and Stripes. During the Vietnam War, the Barry is credited with destroying more than 1,000 enemy vessels, earning two battle stars in the process.

The Barry then served visitors of the Washington Navy Yard from 1984 to 2014, showing what it is like to live and work on a military ship. But over the years it has spent in the Anacostia River, the battleship has seen fewer and fewer visitors and mounting maintenance requirements to keep it safe for tours.

Now, the destroyer is more of an “industrial area” than a museum as historical organizations take away its artifacts for preservation and other displays, Sutton said. The Barry’s future is only certain up until Saturday’s departure ceremony.

But where is it going? No one knows yet, not even Sutton.

“The Navy hasn’t put out a contract on it, but that should be happening within the next few weeks,” he said. “One of the contracts will be awarded between December and January. The Barry will probably be moved not long after that happens.”

Tug boats then will tow the Barry downriver and on to its new home. While there are several Navy yards along the East Coast, it could end up anywhere.

For now, the destroyer will maintain its post on the banks of the Anacostia, waiting for its next assignment. 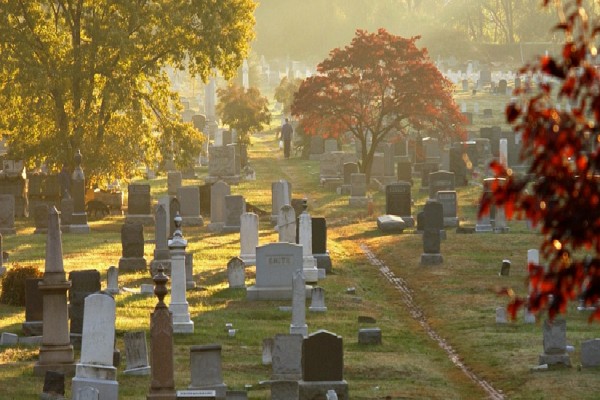 Locals who live near the H Street corridor are slated to have an opportunity to walk and talk with District police and government officials about safety in their neighborhood this week.

In Their Own Words: Soul Strolls at Congressional Cemetery

The Congressional Cemetery is replacing its Halloween gala with four nights of tours. The tours will tell the stories of some of the 65,000 “residents” there, as interpreted by cemetery staff. The event is planned for the twilight hours of Friday and Saturday for the next two weeks, with a cash bar and music each night. Tickets are available online and cost $20 for adults and $10 for children who are 12 years old or younger.

This community-wide yard sale of donated items will benefit the 13th Street Community Park & Garden. Residents can donate items for the sale throughout the week by contacting [email protected] and arranging a drop-off. Accepted items include small furniture, clothing, toys, books, electronics and baby items.

Ten homeowners throughout Capitol Hill are opening their doors to showcase their home decor and renovation style. The tour is hosted by the Capitol Hill Cluster School as one of its primary yearly fundraisers. Guests can start at any of the homes or at the recently renovated Stuart-Hobson Midle School, which is part of the tour. Tickets are $25 in advance and can be purchased online or in person at Schnieder’s, Hill’s Kitchen and Frager’s Hardware.

Retailer REI will host a community gear swap where residents can buy, sell, barter or trade their used outdoor accessories with fellow lovers of the outdoors. Anyone bringing gear to sell will get table space to do so. Proceeds from each ticket will go toward Living Classrooms, which provides educational opportunities to young people. In addition to the gear swap, visitors can listen to live music from Kingman Island Blues & Bluegrass Folk Festival bands performing at Wunder Garten. Tickets are available for $7 available online or at the door. 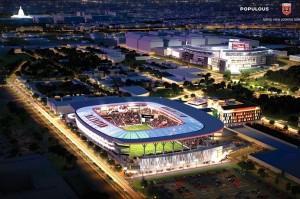