A construction worker was seriously injured after falling from scaffolding in Southwest earlier this morning.

The incident happened on the 400 block of Water St. SW around 8:15 a.m., according to D.C. Fire and EMS spokesman Oscar Mendez. The worker fell nearly 10 feet onto a plate glass window.

Rescuers rushed the seriously injured worker to the hospital shortly after the fall, Mendez said.

Photo via D.C. Fire and EMS

A man sought in a theft at a 7-Eleven near Nationals Park has appeared on video, police said.

Surveillance footage police released yesterday shows a man with a hat taking what appeared to be a DVD off a store shelf. He then walked toward the check-out counter with the item and pulled something out of his pocket.

Crime Solvers of Washington, D.C., currently offers a reward of up to $1,000 to anyone who provides information that leads to the arrest and indictment of the person or persons responsible for a crime committed in the District of Columbia. Your assistance is appreciated by your community. 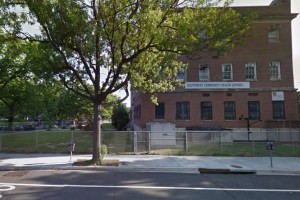 Councilmember Charles Allen of Ward 6 is set to host a community meeting tonight to discuss the future of the proposed homeless shelter in Southwest.

The D.C. Council voted in May to build the facility at 850 Delaware Ave. SW as part of Mayor Muriel Bowser’s plan to shut down the aging D.C. General shelter. Allen is planning to talk about the next steps for the project and how locals can get engaged, according to his website.

The mayor’s Homeward D.C. team, which includes the departments of Human Services and General Services, also is slated to answer questions at the meeting. 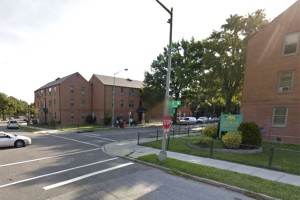 A woman was shot and killed in one of three shootings in the Capitol Hill area since Friday, police said.

The fatal shooting happened in Hill East on the 700 block of Kentucky Avenue SE about 1:30 a.m. Saturday. The other shootings occurred on the 1100 block of 3rd Street SW about 10:15 p.m. Friday and on the 1500 block of F Street NE near Miner Elementary School about 3:30 a.m. Sunday.

In the fatal shooting, authorities found 40-year-old Stephanie Goodloe of Southeast D.C. dead when they arrived, police said. Donald Hairston, a 49-year-old resident of District Heights, Md., was arrested Saturday and charged with first degree murder while armed in connection with the crime.

Police didn’t release suspect information in the other shootings. The conditions of the people injured in those attacks also weren’t immediately clear. 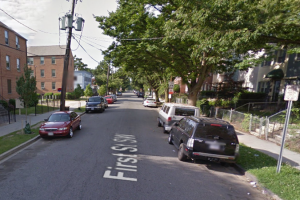 A man was injured by shrapnel after someone shot at him from a car two blocks from Nationals Park just after midnight this morning, according to police.

The victim was sitting on his porch when someone inside of a silver or tan sedan shot at him, according to a police report. Though the man was not hit by bullets, he did sustain shrapnel injuries in the middle of his back, authorities said.

Police have posted a lookout for a “gray or silver sedan” connected to the shooting: 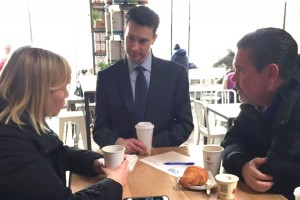 Locals can RSVP online. But reservations are not required to attend.

Three men and one woman were injured during two separate shootings and two separate stabbings in the Capitol Hill area since Friday, police said.

Each shooting injured a man. Authorities haven’t released suspect information in either of the crimes.

One of the stabbings, which injured a man, occurred on the 1200 block of Half Street SW about 9:30 p.m. Friday. The other stabbing, which injured a woman, was reported after the victim arrived at a fire station on the 1500 block of C Street SE about 1 a.m. today.

Authorities haven’t distributed descriptions of the individuals suspected of the crimes. But the person wanted in the stabbing of the woman is someone she knows, police said. 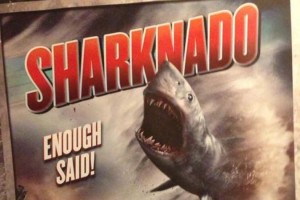 Locals will be able to catch a free flick in Southwest tonight.

“Sharknado” will be screened at the Wharf’s Gangplank Marina Park (600 Water St. SW) tonight at 8 p.m., according to a Facebook event page.

In case you’re not familiar with the talked-about movie, here’s a synopsis from IMDB:

The development will show free “water-themed movies” every Friday night this summer as part of a promotion with Cantina Marina.

And in case shark tornadoes aren’t your thing, next week’s film will be “Finding Nemo.” 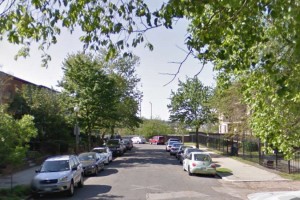 The District Council today approved a new location for the homeless family shelter planned for Southwest.

The move was part of a revision to Mayor Muriel Bowser’s Homeward DC plan to replace the aging D.C. General shelter with smaller, safer shelters in all eight Wards. As part of the council’s revised plan, the Ward 6 shelter was moved from its initial planned location at 700 Delaware Ave. SW to 850 Delaware Ave. SW.

Today the council voted unanimously to approve the revised plan.

The Ward 6 shelter, which will offer transitional housing to up to 50 homeless families, was originally slated to be built next to Blind Whino, an art and event space in Southwest. However, neighbors expressed concerns about the chosen site which was not on land owned by the District.

Currently, 850 Delaware Ave. SW houses a Unity Health Care clinic in need of repairs. Allen said in a statement that the city has committed to rebuilding the clinic as part of the shelter construction.

(Updated at 3:21 p.m.) Police are on the lookout for a man connected to a car crash that occurred near the H Street corridor last week.

Authorities said someone crashed a car on the 900 block of 9th St. NE on May 18 just before 7 p.m. and fled the scene shortly thereafter.

A video released by police today appears to show the aftermath of the incident. In the video, a loud screech and a metallic boom can be heard before a man in red shoes sprints into view and out of the frame.

Vaughn Sterling, whose security camera captured the footage released by police, said the driver of the car slammed into another car at the intersection of 9th and I streets NE, “hit two pedestrians, jumped the curb and crashed into a house.”

Sterling said he believes the man filmed fleeing the crash is either the car’s driver or a passenger.

Police have also asked the public’s help in identifying a man who allegedly stole something from a store in near the Southwest Waterfront last Wednesday.

A video released today by police shows a man taking several items off of a store’s shelves:

Crime Solvers of Washington, DC currently offers a reward of up to $1,000 to anyone who provides information that leads to the arrest and indictment of the person or persons responsible for a crime committed in the District of Columbia. Your assistance is appreciated by your community.

Anyone who can identify these individuals or who has knowledge of this incident should take no action but call police at (202) 727-9099 or text your tip to the Department’s TEXT TIP LINE to 50411. 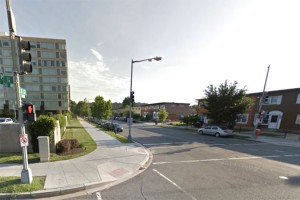 Someone shot a man in Southwest yesterday afternoon, police said.

The shooting happened on the 1100 block of 3rd Street SW about 5 p.m. Sunday.

The victim was conscious after the assault.

According to authorities, other crime reported in the Capitol Hill area over the weekend included: