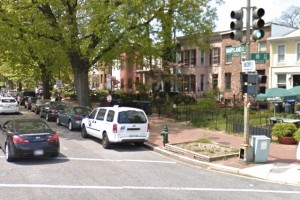 Maryland Avenue NE has a new camera to catch speeders.

The Metropolitan Police Department installed the camera on the 700 block of Maryland Avenue, near the Northeast Neighborhood Library. The device will monitor cars driving on the street’s southwest-bound lanes, which have a speed limit of 25 miles per hour.

Police won’t start writing speeding tickets until June, however. Starting today, speeders only will receive warnings, until a 30-day education phase is over.

The devices are among six new speed cameras that police revealed Friday. The Maryland Avenue camera is the only new one in MPD’s First District, which includes Capitol Hill and Near Northeast

The First District now has more than two dozen of the devices, including cameras on the 600 and 1200 blocks of Maryland Avenue NE. 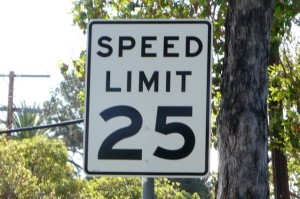 Drivers on South Capitol Street will have to watch out for new speed cameras near Nationals Park, police said yesterday.

The cameras will look for speeders on the 1400 block of South Capitol Street in Southeast and Southwest. The speed limit in the area is 25 miles per hour.

Police won’t start writing speeding tickets until next month, however. Starting today, speeders only will receive warnings, until a 30-day education phase is over.

The devices are among six new speed cameras that police disclosed Sunday. The South Capitol Street cameras are the only new ones in the Metropolitan Police Department’s First District, which includes Navy Yard and Capitol Hill.

MPD now has more than two dozen speed cameras in the First District. 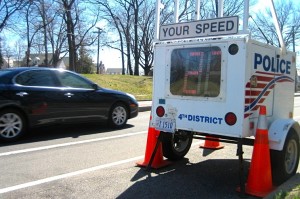 Drivers beware: a new speed camera will be used in the First District starting today (Monday).

A camera has been installed on the 1100 block of Florida Avenue NE to monitor southeast-bound traffic, police said this morning.

Drivers caught violating the 25 mph speed limit in the next 30 days will receive warning citations. After then, they will receive tickets. Being caught speeding 1-10 mph over the limit has a $50 fine, the Metropolitan Police Department website says. Faster drivers receive higher fines, up to $300.

Another camera is located on the 600 block of Florida Avenue NE to monitor northwest-bound traffic. The full list of speed camera locations in the First District can be found on the MPD website.