Touché Supper Club will officially open today (Friday) in the former location of the troubled club Twelve, which was fined $14,000 earlier this month after two stabbings.

Touché will have a restaurant, bar and club at 1123 H St. NE and will host a celebration tonight and tomorrow starting at 4 p.m., as Frozen Tropics first reported.

Price distanced the business from its predecessor, Twelve.

“Touché is not connected to the previous business, and our business model is totally different,” Price said. “We’re absolutely concerned about any interruptions in the community.”

ANC 6A Commissioner Jay Williams, head of the alcohol licensing committee, was upbeat about Touché.

“I’ve been in contact with the new ownership, and I’m hopeful that they will back up what they’ve been saying about working closely with the community,” he said.

The club will initially operate under Twelve’s agreement with ANC 6A over security, noise and operating hours, Williams said. He anticipated that the ANC and Touché would negotiate a new deal in the coming weeks.

Price said that musicians tonight and tomorrow night will play neo-soul and a blend of house, soul and jazz. She said she hopes to additionally use the property for a catering business and a culinary, hospitality and bartending school. 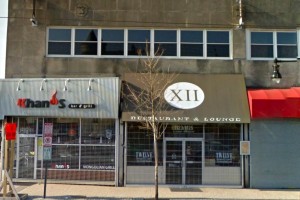 (Updated at 5:25 p.m.) The former owners of the troubled H Street NE club Twelve Restaurant and Lounge, aka XII, have been fined $14,000 and ordered to not seek another liquor license.

BEG Investments was found liable for violations on two nights when people were stabbed inside the club, an Alcoholic Beverage Control Board agreement made Wednesday shows.

The company was ordered to pay $2,000 for illegally asking for cover charges on Feb. 21, the ABCB said. They were fined an additional $4,000 for interfering with an investigation by police and the Alcoholic Beverage Regulation Administration on March 8, the board found. Someone was stabbed in the 1123 H St. NE club that night, Popville reported.

Two additional fines resulted from violations on May 24, when two men were stabbed. ABCB said club operators allowed the business to be used for a disorderly purpose and interfered with an investigation by ABRA and police. BEG was fined $8,000 on these charges, the documents show. Police Chief Cathy Lanier ordered the establishment closed then for 96 hours, The Washington Post reported.

Two charges also related to May 24 were dismissed: permitting the use of a controlled substance and failing to file a security plan. BEG was ordered to not apply for a new liquor license in D.C. for two years.

ANC 6A Commissioner Jay Williams, head of the alcohol licensing committee, said he was pleased the ABCB imposed the “hefty” fine.

“I never celebrate a business going out of business, but we’ve had such an issue with them,” he said. “They refused to work with the neighborhood, so I think this is for the best.”

ANC 6A filed multiple complaints against the club, which locals said was a flashpoint for violence, noise and disorder. On May 14, the ABCB approved the ANC’s request to suspend the club’s license.

BEG has a pending civil lawsuit against the members of the ABCB. The suit charges that the board illegally forced the company to hire off-duty police officers, prosecuted a false noise complaint, interfered with BEG’s license renewal application and illegally suspended its license.

The board’s request that Twelve hire off-duty officers “has specifically targeted establishments such as the Plaintiff’s … for the purpose of inhibiting the free association of young black African Americans,” the suit says.

The suit asks for BEG’s liquor license to be reinstated and for damages for lost business.