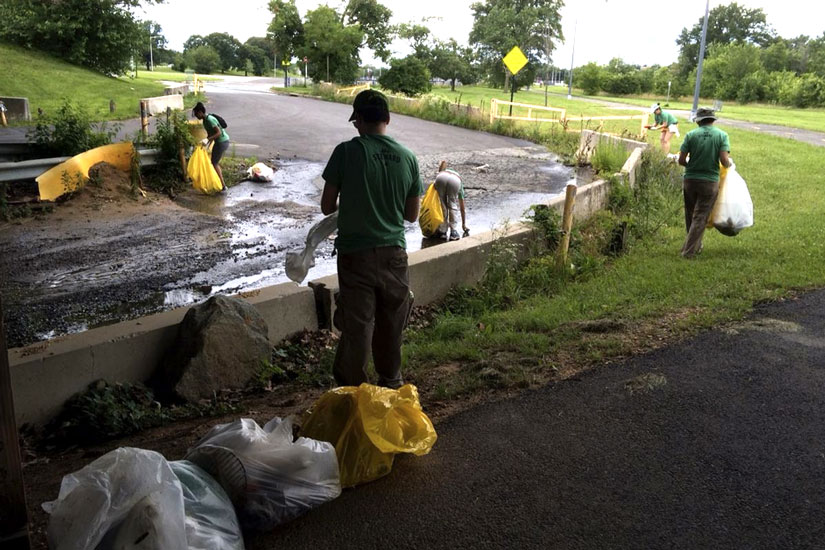 An organization that restores historic buildings and natural habitats on Capitol Hill praised the District Department of Energy and Environment’s updated Wildlife Action Plan, but urged the agency to take a tougher stance on habitat conservation.

In July, the DOEE released an updated version of its 2005 Wildlife Action Plan, which the District is required to update every 10 years. The update sets goals for wildlife and habitat conservation in the District and will serve as guidelines for other D.C. agencies to follow in the next 10 years. The department is accepting public comments on the plan until Monday.

The CHRS singled out the District Department of Transportation as a threat to wildlife corridors, saying that the department has repeatedly tried to build a road along the Anacostia River that would cut through an important wildlife habitat.

“We urge the DOEE to encourage all D.C. government agencies to work together with DOEE to further the goals of the” plan, the group said.

Hill resident Rachel Holt was walking home from Eastern Market with her husband and 3-month-old about 11:45 a.m. Sunday when they spotted the animal.

“We saw a deer running at full sprint out of Lincoln Park, past us on East Capitol, just bounding down the street,” the transportation executive said. “I was trying to get my phone out, but it was past us in 10 seconds.”

The deer running in the street was headed west, toward downtown, Holt said.

The animal likely traveled to Lincoln Park from the greenery that lines the western bank of the Anacostia River, according to Bryan King, who manages wildlife for the D.C. Department of the Environment.

“If I had to put money on it, I’d say that animal came from somewhere along the river. It’s pretty much a straight shot,” he said. “It could go from the river to Eastern High School unnoticed, under the cover of darkness.”

Hill resident Laura Travis spotted a deer soon afterward on the grounds of the Capitol. She and her husband saw the animal head west toward the National Mall about noon on Sunday.

The animal or animals were likely white-tailed deer, which are common in the District but more often spotted near the National Arboretum and Rock Creek Park. Neither DDOE, the Washington Humane Society nor the National Park Service reported having found deer on Sunday.

Anyone who spots a deer in the city should not approach it or try to feed it, King said.

“If they’re eating your azaleas, just shoo them out of the way,” he said.

Did you spot the deer, too? Drop us a line at [email protected].